Lenovo design chief David Hill is dreaming up a laptop reminiscent of the 1992 IBM ThinkPad 700c.

Twenty-three years ago, the original IBM ThinkPad 700c hit the market. Its classic design, including a seven-row keyboard and blue Enter key, are still missed among tech fans loyal to the product.

Over the past 20-plus years, the ThinkPad design has undergone plenty of modifications, as has the structure of the company that spawned it. In 2005, Lenovo acquired IBM’s Personal Computing Division, its global PC (desktop and notebook computer) business, which included products such as the ThinkPad.

Now, rather than brainstorming the next wave of technology design, Lenovo design VP David Hill thinks it's time to go back to the iconic laptop's roots.

[ Find out what Big Blue wants with Box. Read: IBM, Box Cloud Partnership: What It Means. ]

Hill explained in a June 25 blog post how he has been thinking about a new and unique ThinkPad model, and is looking to garner support and ideas from fans of the original design. The device, he stated, would incorporate "all the latest technology advances" in a package that "embraces the original design details in the strongest way possible."

The concept is "retro ThinkPad," a product inspired by the original laptop design from Richard Sapper in 1992.

"Think of it like stepping into a time machine and landing in 1992, but armed with today's technology," Hill wrote. The device would also have a 18mm case. 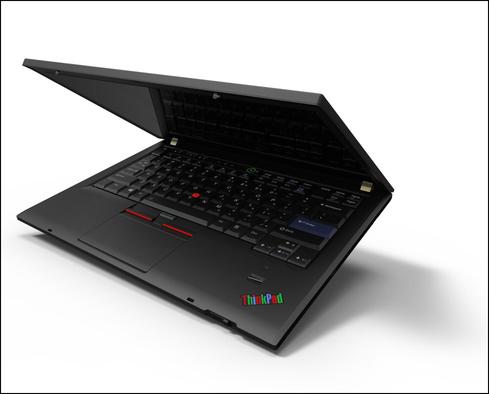 The idea of embracing an older design has worked well within the auto industry, he said, most notably with vehicles such as the Ford Mustang, Mini Cooper, Dodge Challenger and Fiat 500. The retro ThinkPad concept is not for everyone, Hill admitted, but he said in his blog that he believes in its potential because of the strong influence IBM's 1992 product had on the tech world.

The retro ThinkPad is still very much an idea, but Hill's brainstorming has already garnered plenty of support from tech aficionados who want to see it become reality. Bringing such a product to market would take a massive amount of time and effort, and the company wants to gauge whether the ThinkPad would generate enough sales to justify the investment.

"I'm certain there's a group of people who would stand in line to purchase such a special ThinkPad model," said Hill.

If you are one of those people, check out Hill's post, and tell us what you think in the comments section below.

Kelly Sheridan is the Staff Editor at Dark Reading, where she focuses on cybersecurity news and analysis. She is a business technology journalist who previously reported for InformationWeek, where she covered Microsoft, and Insurance & Technology, where she covered financial ... View Full Bio
We welcome your comments on this topic on our social media channels, or [contact us directly] with questions about the site.
Comment  |
Email This  |
Print  |
RSS
More Insights
Webcasts
Securing and Monitoring Networks in the 'New Normal'
Making Cybersecurity Work in Small and Medium-Sized Businesses
More Webcasts
White Papers
Passwordless: The Future of Authentication
The 2020 Duo Security Trusted Access Report
More White Papers
Reports
Are Unprotected Cloud Databases Leaking Your Data?
The Drive for Shift-Left Performance Testing
More Reports

Now THAT is a laptop!  I love the fact they build them tough enough to meet MilSpec.
Reply  |  Post Message  |  Messages List  |  Start a Board

Provided that I can wipe clean the Windows HDD and partition it to install several different Linux distros, I'm OK with a regurgitation of a former product.
Reply  |  Post Message  |  Messages List  |  Start a Board

I would definitely go for this. This may be the distinguishing mark for Lenovo and may invite old users again towards it.
Reply  |  Post Message  |  Messages List  |  Start a Board

I would take one if the componets are as rugged and long lasting as the first one.

It's been about 5 years since 16:9 screens (AKA: HDTV like panels) became the most common and affordable option available to us and I forogt I even wanted a 16:10 aspect ratio screen! I lucked out and obtained a 24 inch 1920x1200 LCD panel for my desktop about 5 years ago and it works great.  The great thing about 16:10 is that it gives some more screen realestate up and down which alllows for two side-by-side 8.5x11inch papers to be viewed digitally quite effectively;  whereas with 16:9 ratio screens would not do this without wasting more screen realestate, 16:9 is great for most HD movies but not the best for document work.

I'd welcome this retro Thinkpad, I love Thinkpads and I'd embrace a Thinkpad with today's technology but with a design and implementation that emobdies the best of new and old.  I'd especially like an old style keyboard, rather than the chicklet style keyboards we are all becoming forcibly accustomed to.
Reply  |  Post Message  |  Messages List  |  Start a Board

It sounds very much like IBM. A giant leap back to the stone age. The next step would probably be a return to CTR. And then, clay tablets and sharp sticks, which actually were better than what CTR produced.
Reply  |  Post Message  |  Messages List  |  Start a Board
Editors' Choice
Hot Topics