Samsung promises a patch to restore Windows Update to its recommended settings after messing with the update process.

Samsung is in the spotlight – and not in a good way. Reports surfaced last week claiming that the company was automatically killing the Windows Update process on its Windows PCs.

Customers using Samsung PCs could manually update their devices to receive new security fixes. They could have also switched Windows Update back on, but Samsung's program was designed to disable it again after a reboot.

Microsoft was, understandably, less than pleased and reported that it does not advise tampering with the Windows Update process. Doing so, it said, could expose customers to security risk.

Samsung initially denied all accusations of fishy business. "It is not true that we are blocking a Windows 8.1 operating system update on our computers," officials wrote. This sparked confusion, as Windows 8.1 updates had not specifically been mentioned in Barker's original complaint. 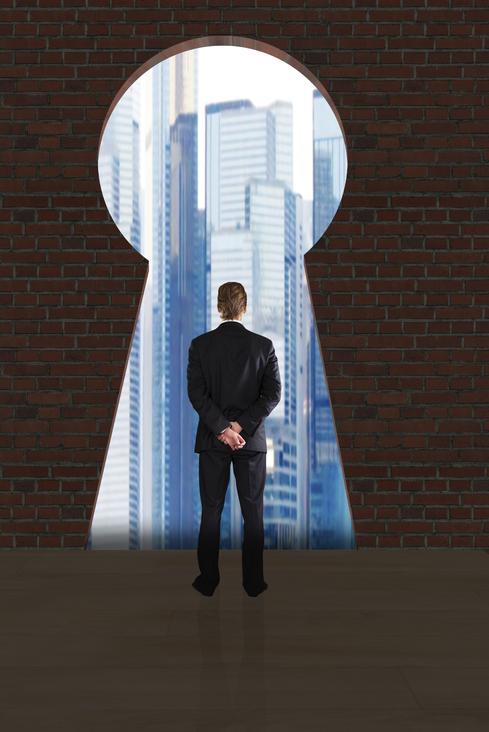 Now it seems the two companies have had a chance to talk things over, and Samsung has had a change of heart. It provided an update in a statement to VentureBeat late last week:

"Samsung has a commitment to security and we continue to value our partnership with Microsoft," a spokesperson stated. "We will be issuing a patch through the Samsung Software Update notification process to revert back to the recommended automatic Windows Update settings within a few days."

Windows 10, which Microsoft will launch later this summer, won't give consumers the option of selecting the updates they want to install on their PCs. Rather, the new system will automatically download and install all updates and fixes by default.

Kelly Sheridan is the Staff Editor at Dark Reading, where she focuses on cybersecurity news and analysis. She is a business technology journalist who previously reported for InformationWeek, where she covered Microsoft, and Insurance & Technology, where she covered financial ... View Full Bio
We welcome your comments on this topic on our social media channels, or [contact us directly] with questions about the site.
Comment  |
Email This  |
Print  |
RSS
More Insights
Webcasts
Protecting Your Enterprise's Intellectual Property
5 Steps to Solving Modern Scalability Problems
More Webcasts
White Papers
From MFA to Zero Trust
Presenting Your Cloud Security Strategy to the Board
More White Papers
Reports
The Future of Multi-Cloud Networking 2020
2020 State of Cybersecurity Operations and Incident Response
More Reports

The major reason why MSFT is going in for Automatic/Default updates is that there are way too many Unpatched Machines out there;which automatically lead to malware outbreaks by the Millions.

Thousands and Thousands of unpatched Machines are comandeered for Botnets by Financial Criminals today.

All because they are unpatched.

If anything one should give MSFT credit for going the extra mile and fixing this issue before it turns serious.

I call that Additional Layer of Samsung Software as "Bloatware".

Absolutely pointless and most of it is never even used by Consumers.

"Windows 10, which Microsoft will launch later this summer, won't give consumers the option of selecting the updates they want to install on their PCs. Rather, the new system will automatically download and install all updates and fixes by default."

I am not sure how much this forced update feature in Windows 10 will be appreciated. Normally, as a user I would like the freedom to install updates at my own will. Sometimes I may be using an expensive data connection or the speed might be really slow and I'd rather not let the bandwidth be consumed at that time. I think this may just backfire for Microsoft.
Reply  |  Post Message  |  Messages List  |  Start a Board

" Microsoft Update would automatically update a driver for Samsung's USB 3.0 port. The peculiarities of that port were incompatible with with the Microsoft driver"

@Gary: That's surprising to know. USB 3.0 seems to be a widespread feature and Microsoft's OS not supporting is rather a sign of their negligence. I do hope the patch has been rolled out that would take care of this.
Reply  |  Post Message  |  Messages List  |  Start a Board

"Just for fun's sake,I bought two phones with basically the same Hardware and Software(one from Samsung and the other was Stock Android);you will be stunned to notice how pathetically sluggish Samsung is when it comes to upgrading their OS!!!"

@Ashu001: I don't think that applies to all Samsung models. I had a Nexus phone by Samsung and that used to be the first one to get the OS updates. Of course it had Google's support behind it. I think Samsung wants to ensure that the OS version is compatible with the hardware before they go for a mass update. Plus, their own UI built on top of the OS also need to be upgraded to support the OS version.
Reply  |  Post Message  |  Messages List  |  Start a Board

Good to know that there are more Sensible folks like you out there who appreciate the work Microsoft has done and is doing in this space.

Have you had the oppurtunity to play with/work with Microsoft's Threat Modelling Tool?

In contrast Samsung has pathetic credentials when it comes to Security.


Why do you think their own Homegrown OS(in the smartphone space) is failing/ faringso miserably versus Android?

Just for fun's sake,I bought two phones with basically the same Hardware and Software(one from Samsung and the other was Stock Android);you will be stunned to notice how pathetically sluggish Samsung is when it comes to upgrading their OS!!!

The Skycure revelation about MITM Attacks on Samsung Default Keyboards is another case in point today-www.skycure.com/blog/skycure-protects-against-the-samsung-swiftkey-vulnerability/
Reply  |  Post Message  |  Messages List  |  Start a Board

Actually Microsoft usually does a reasonably good job of partnering with various Hardware OEMs on this issue.

But sometimes the Hardware OEMs are unable to keep up with the pace of change of Microsoft(which is clearly what happened here as well).

This is why I was very clear in Blaming Samsung for what happened.

They let the Ball slip away bigtime here!

@Ashu – I agree. How foolish are they to take such a step, after all the back end would be the Windows OS. Hence Microsoft has a better say on it.
Reply  |  Post Message  |  Messages List  |  Start a Board

@Gary – Microsoft would definitely have a set of drivers along with their Windows 10, but they should have partnered with Samsung to get drivers for their products.
Reply  |  Post Message  |  Messages List  |  Start a Board