CEO of Cisco UK & Ireland tells an Interop London audience about the value of the data that comes from connected things.

In Gartner’s Top 10 Strategic Technology Trends for 2015, the Internet of Things (IoT) ranked as the second most pervasive enabler for new digital business opportunities.

Yet, business leaders are still trying to grasp exactly what IoT means to them and what they need to do to prepare.

Smith, hailed as one of the nation’s most influential IT leaders, told an audience that companies needed to ‘digitize themselves’ now if they wanted to stand a chance.

“Forty percent of the Fortune 500 companies potentially won’t exist in the next 10 years unless they digitize themselves. It is the principle of compete or be competed against,” Smith said. 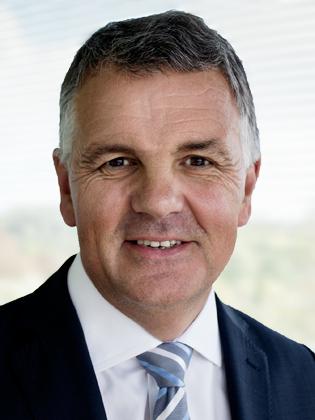 “Digitization is at the heart of everything that is happening at the moment. It’s a powerful force that is going through all of business, and is finally starting to be validated by research organisations such as Gartner.”

As more devices become connected, Smith says that the effect of digitization becomes even more prolific.

“By 2019, there will be 24 billion devices with an IP address, and that growth is faster in the UK than anywhere else at the moment. We are literally connecting more ‘things’ than any other country.”

By the same year, Smith says that it is estimated that 40% of all data will be coming from sensors of one form or another – from traffic lights to heart rate monitors and wearable devices.

And it’s this data, Smith claims, that is the lifeblood of IoT and the reason why Cisco has put a $19 trillion market valuation on the trend.

“Really interesting things start to happen when you can analyze that data,” Smith says. He used the England Rugby Sevens team as an example. “These guys are all wearing heart rate monitors and accelerometers in the back of their collars. As they run around, these sensors monitor how much they’re moving, which way they’re leaning, their heart rate and so on,” the CEO explains.

“They’ve got a young doctor who has taken all of that data and mashed it together, rather than analyzing each individual player. He can actually tell that a player is going to get a cold two days before they get it, based on big data analytics.”

“They’ve cut down on soft tissue injuries by 80%, by looking at how people are leaning on their knees. Now imagine taking that powerful information and looking at it from a health service perspective. What could we do for people living in assisted living environments? We could get doctors out before events happen, not just saving a lot of suffering, but saving a lot of money too.”

Smith’s rugby example is just one of many ways IoT strategies can impact business (and athletic!) performance. The challenge, now, is for businesses to find ways to apply this new way of thinking to their particular sector.

To succeed, companies need to think of themselves as digital companies, whether they sell IT infrastructure or fresh food. Only by digitizing the entire organization, from supply chains andmarketing teams, to facility management and human resources, can businesses begin to make the most of IoT strategies.

Sean McGrath is a freelance IT writer, researcher, and journalist. He has written for PC Pro, the BBC, and TechWeekEurope, and has produced content for a range of private organizations. Although he holds a first class degree in investigative journalism, his dreams of being a ... View Full Bio
We welcome your comments on this topic on our social media channels, or [contact us directly] with questions about the site.
Comment  |
Email This  |
Print  |
RSS
More Insights
Webcasts
Bolstering Your Enterprise Cyber Risk Assessment
Disaster Recovery/Business Continuity in the New Normal
More Webcasts
White Papers
Guide to Enabling 5G Deployments
Top Serverless Security Risks and How to Mitigate
More White Papers
Reports
Dark Reading Report: Battle for the Endpoint
Gartner Market Guide for Insider Risk Management Solutions
More Reports