Whether you're a prosumer, a hobbyist, or a professional filmmaker looking for polished aerial cinematography, a new crop of drones invading the market in 2016 offers something for everyone. Drones made a big splash at CES earlier this month, and even new FAA regulations can't dampen the enthusiasm. With that in mind, InformationWeek picked eight offerings that you should keep an eye on. 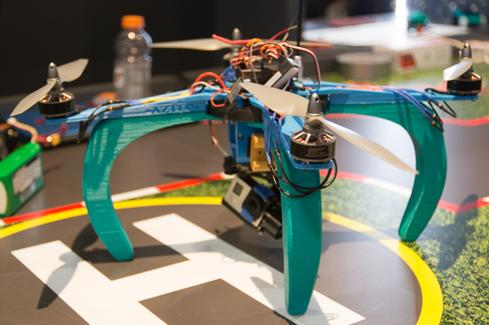 There were an incredible number, and variety, of drones on display at the 2016 CES expo in Las Vegas -- including one that can act as a personal transport -- and some interesting prototypes that resemble a wide range of designs -- from stealth bombers to floating picnic baskets.

In addition, tech companies are making drones more user-friendly. The newest Parrot Bebop 2 drone, touted as one of the easier drones to fly, is tailor-made for newbies.

Almost all of these drones are also controllable with either Google Android or Apple iOS mobile devices. In addition, most come with a free app and software that help you make the most of your flights.

However, anyone looking to invest in a drone should also take note -- the US Federal Aviation Administration recently issued a set of recommendations following the meeting of a drone task force.

The task force recommends registration for pilots, not individual drones. If the FAA accepts the task force's recommendations, registration will be mandatory prior to the operation of any unmanned aircraft system (UAS) weighing more than half a pound.

[Read more about how cities are using drones.]

The recommendations also suggest that there be no fee for registering, and that the registration should be Web-based.

While there are some more regulations this year, as well as concerns about privacy and other issues associated with drones, these devices are still proving extremely popular. The Consumer Technology Association expects more than 1 million drone sales this year, a 145% increase over 2015. Those numbers only count those drones that need to be registered with the FAA.

Before you get wrapped up in those issues and the associated red tape, you first need to pick your flying object of choice. This selection of the best and newest drones on the market will help you do just that. Most of these drones are available, although a few have not been officially released yet and one is still in the concept phase.