I listen to Flash Briefings on my Amazon Echo every morning while I prepare and eat breakfast. The briefings, read aloud by Alexa, are a great way to catch up on the day's major headlines from NPR, CNN, BBC, ESPN, and others as I wander through my morning routine.

One major limitation is that these news services largely cover national and international news, which means I miss out on local happenings. NBCUniversal is changing that. 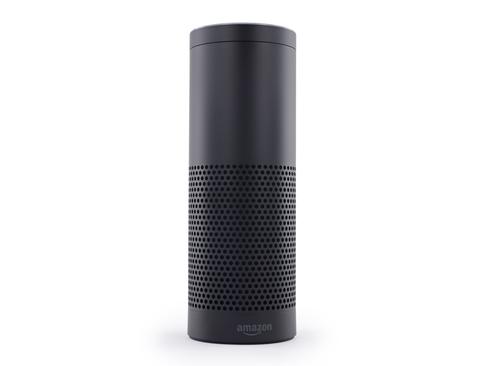 Since I live outside of New York City, I enabled the NBC New York (channel 4 for locals) Flash Briefings.

Once enabled, Alexa will read the local news when asked, "Alexa, what's the news?" NBCUniversal says the local Flash Briefings will be about 90 seconds in length and will average the top four local news stories, to be updated throughout the day. In a test of local news this Thursday morning, Alexa talked about Macy's union negotiations, several violent assaults in Queens, and a retired NYPD officer and WWII vet to be honored today.

"With the popularity of the Amazon Echo and Alexa, we are thrilled that our stations are the first to deliver audiences in their respective markets their local news and information on this exciting new service," Valari Staab, President, NBCUniversal Owned Television Stations, wrote in a statement. "From the moment they wake up to their arrival back home at the end of the day, our local news briefings will help Amazon Alexa users stay on top of the latest news and information in their local communities and prepare them for what's ahead.

[Read more about the rock-star status of Amazon's Echo.]

NBCUniversal isn't alone in adding skills to Alexa, the artificial intelligence behind the Amazon Echo. Amazon's partners have created more than 1,000 skills for Alexa, allowing Echo owners to order pizza, hail an Uber, and pay their credit card bills.

Recently, Nutritionix added its Food Tracker skill to Alexa. Once enabled, Food Tracker lets you ask questions such as, "Alexa, how much fat is in a bagel with cream cheese?" and then add the item to your daily food log. Want to burn off some of that fat? Say, "Alexa, start a 7-minute workout" and Nutritionix will guide you through a short burst of activity.

The Amazon Echo has a huge lead over Apple and Google, which are both preparing in-home, voice-activated assistants.

While Apple's product is still a rumor, Google Home with Google Assistant will ship this fall. Both Apple's and Google's efforts will need to interact with third-party apps to gain the power and features needed to dethrone Alexa.

Eric is a freelance writer for InformationWeek specializing in mobile technologies. View Full Bio
We welcome your comments on this topic on our social media channels, or [contact us directly] with questions about the site.
Comment  |
Email This  |
Print  |
RSS
More Insights
Webcasts
Disaster Recovery/Business Continuity in the New Normal
4 Practical Tips for Building a Data Lake
More Webcasts
White Papers
Guide to Enabling 5G Deployments
Top Serverless Security Risks and How to Mitigate
More White Papers
Reports
The State of CCPA 2021
The Infoblox Q4 2020 Cyberthreat Intelligence Report
More Reports