Apple will debut a new Apple Watch this fall, but the so-called Apple Watch 2 won't include the cellular connectivity so many want, according to a published report in Bloomberg.

Android Wear smartwatches are primed to break free of their smartphone shackles, but the same is not yet true of the upcoming Apple Watch 2, which is slated for release later this year.

Apple's engineers haven't been able to solve battery drain problems associated with cellular connectivity, which has forced the company to save the feature for models further down the road, according to a published report.

Cupertino has a second-generation Apple Watch on deck for later this year, possibly as soon as September, and it will have some new features, reports Bloomberg. According to unnamed sources the device will include improved health-tracking features, and GPS for more accurate location-based services.

People hoping for a fully wireless Apple Watch will have to keep on waiting, however, since Bloomberg says Apple has hit a bit of a roadblock. 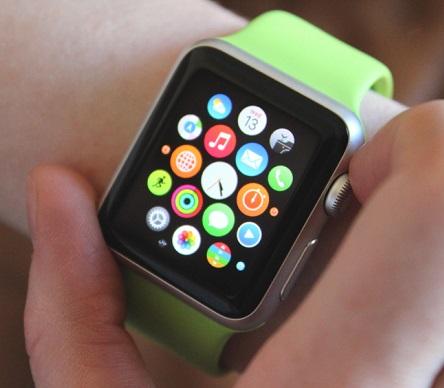 "The source of the delay is that current cellular chips consume too much battery life, reducing the product's effectiveness and limiting user appeal," writes Bloomberg's Mark Gurman.

Battery life is one of the top complaints about the first-generation Apple Watch. Early buyers were disappointed that the watch barely made it through a single day. Cellular radios -- and LTE radios in particular -- are a big drain on batteries. Adding such a radio to a wearable, a form factor that mandates small power cells, is fraught with risk to battery life.

Apple has been in discussions with its carrier partners about a connected Apple Watch for some time, but had warned them that December would be the earliest launch for such a product. Now it appears everyone will have to wait until next year or later for a cellular-equipped Apple Watch.

Why the push for cellular connectivity? Independence from the iPhone.

The Apple Watch relies on a nearby iPhone for its internet connection. Without an iPhone, the Watch can't update sports scores, snag new emails, or load messages. Freeing the Watch from the iPhone would make it much more powerful and useful, and allow owners to leave their smartphone behind.

[Read more about Intel's problems with the Basis Peak smartwatch.]

Smartwatches based on Google's operating system have already made this jump.

The LG Watch Urbane 2nd Edition includes LTE. It can make phone calls and send messages all on its own. Similarly, Samsung's Tizen-based Gear S2 can connect calls and sync messages without a smartphone. Cellular connectivity is expected to be more widely adopted by Android smartwatches this fall, now that Google has added the functionality to the core of the platform.

The Apple Watch may be outselling Google watches in the market, but cellular connectivity is a big feature for Apple's smartwatch to be missing.

The new device on deck for this fall will be improved across the board, according to Bloomberg. The health-focused features are of paramount importance to Apple, and the more precise location capabilities will improve tracking and navigation.

Apple is believed to be introducing the new Apple Watch the week of Sept. 5, alongside the iPhone 7, and maybe even new MacBook Pros.

How to Submit a Column to InformationWeek InformationWeek Staff 4/9/2021
White Papers
IDC Market Share: How the Network Is Used to Unmask the Adversary
Lessons Learned Investigating the SUNBURST Software Supply Chain Attack
5 Reasons to Protect your VPN with Multi-Factor Authentication
The Impact of the SolarWinds Breach on Cybersecurity
The Five Major Security Pitfalls of WFH and How to Solve Them