Mathematician and computer scientist Marvin Minsky died Sunday from a cerebral hemorrhage, ending a noted career as the "father of artificial intelligence." He was 88.

Minsky, a native New Yorker, cofounded the Artificial Intelligence Laboratory (now the Computer Science and Artificial Intelligence Laboratory) at MIT in 1959, a year after he joined the faculty at university's electrical engineering and computer science department, according to a statement from the laboratory. That laboratory emerged long before supercomputers came on the scene in 1972.

With an ever-present curious streak, Minsky delved into transforming computers into machines that could react with human-like perception and intelligence. His goal was to replicate the brain's function on a computer, which in turn would help people learn about the human brain and higher-levels of thinking. 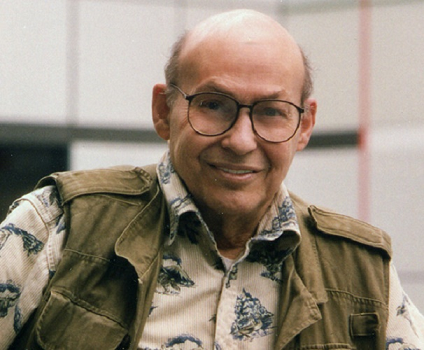 Minsky's book The Society of Mind, which was published in 1985, was considered groundbreaking work regarding the various mechanisms that interacted in intelligence and thought. His last book, The Emotion Machine: Commonsense Thinking, Artificial Intelligence, and the Future of the Human Mind, was published in 2006.

"Marvin Minsky helped create the vision of artificial intelligence as we know it today," Daniela Rus, director of the laboratory, said in a statement. "The challenges he defined are still driving our quest for intelligent machines and inspiring researchers to push the boundaries in computer science."

Minsky was also a founding member of MIT's Media Lab, created in 1985 to explore a wide breadth of topics, from treating neurological disorders with digital approaches to advanced imaging technologies that can peer around corners.

"Marvin talked in riddles that made perfect sense, were always profound and often so funny that you would find yourself laughing days later," Nicholas Negroponte, cofounder of MIT's Media Lab and founder of the One Laptop per Child Association, said in a statement. "His genius was so self-evident that it defined 'awesome.'"

Minsky received the A.M. Turing Award in 1969 for his work in artificial intelligence. That award is considered the top honor in computer science. Others included the Computer Pioneer Award from the IEEE Computer Society and the Dan David Foundation Prize for the Future of Time Dimension titled "Artificial Intelligence: The Digital Mind."

He is survived by his wife, Dr. Gloria Rudisch Minsky, and three children, Henry, Juliana, and Margaret.

Dawn Kawamoto is an Associate Editor for Dark Reading, where she covers cybersecurity news and trends. She is an award-winning journalist who has written and edited technology, management, leadership, career, finance, and innovation stories for such publications as CNET's ... View Full Bio
We welcome your comments on this topic on our social media channels, or [contact us directly] with questions about the site.
Comment  |
Email This  |
Print  |
RSS
More Insights
Webcasts
Bolstering Your Enterprise Cyber Risk Assessment
Disaster Recovery/Business Continuity in the New Normal
More Webcasts
White Papers
Zero Trust Guiding Principles
Why You're Wrong About Operationalizing AI
More White Papers
Reports
Intelligent Outcomes Are Key to Business Resilience
The State of Cybersecurity Incident Response
More Reports