Drones As Compute Platforms In The Air: Podcast - InformationWeek

Intel's Anil Nanduri talks with InformationWeek about the company's newest drone and the demonstration that shows that drones are a dynamic compute platform.

Intel is in the drone business. It is, of course, in many other businesses, but on Nov. 4, the company released a video showing a fleet of 500 drones creating an illuminated display under the control of a single operator. Besides requiring regulatory relief from aviation authorities, the demonstration required that the 500 individual computers work as a unit. The drones had become a single compute platform. 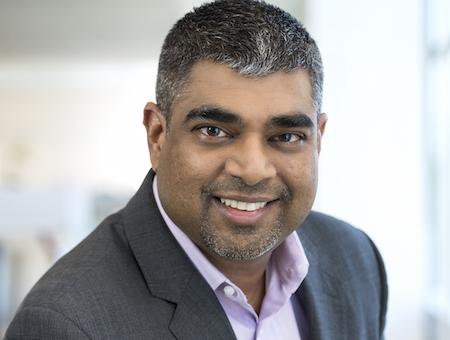 The idea that drones might be a compute platform used by industry, civil authorities, and entertainment companies is new but some would consider it inevitable, since drones have long been thought of as part of the Internet of Things. Anil Nanduri is one who does think of drones as a compute platform and he's the subject of this episode of InformationWeek's Expert Voice.

The Intel Shooting Star, the drone shown in the mass-flight demonstration, is a platform that was purpose-built for aerial displays. In the interview, Nanduri talked about purpose-built platforms, as well as platforms with broader applications. He also explained the role that software plays in drone control, both for individual and mass drone operations.

IT professionals might initially wonder what drones have to do with their work, but Nanduri makes it clear that the technology developed for drones and the lessons learned in its application will have an impact on every business that's touched by the Internet of Things.

Curtis Franklin Jr. is Senior Editor at Dark Reading. In this role he focuses on product and technology coverage for the publication. In addition he works on audio and video programming for Dark Reading and contributes to activities at Interop ITX, Black Hat, INsecurity, and ... View Full Bio
We welcome your comments on this topic on our social media channels, or [contact us directly] with questions about the site.
Comment  |
Email This  |
Print  |
RSS
More Insights
Webcasts
Cybersecurity Risk Management
Advancing the Hybrid Cloud & App Modernization Journey with IBM
More Webcasts
White Papers
2020 SANS Enterprise Cloud Incident Response Survey
The Top 5 Mistakes Everyone is Making in Vulnerability Remediation
More White Papers
Reports
Trustwave Global Security Report
The State of Cloud Computing - Fall 2020
More Reports

500 Shooting Stars as a light show is one thing. But to persuade the public that many drones acting as one machine can do real work, we'll need a more convincing demonstration. I'd suggest transferring an elephant between two zoos, and I don't envy the elephant as the guinea pig for this project. May there be a steady hand on the control stick.
Reply  |  Post Message  |  Messages List  |  Start a Board
Editors' Choice
Hot Topics