50%
Tweet
It's possible Fuchsia is nothing more than an experiment by Google, one of the many technological inquiries the company is famous for conducting. It's equally possible that Fuchsia marks the direction Google will take in creating operating systems and control software for the internet of things (IoT).

Details about the new Google Fuschsia operating system are tantalizingly slim, but it appears the company may be setting its sights on the internet of things (IoT). The new code, created using the Dart programming language, isn't related to either Android or Chrome, Google's existing operating systems.

If you go to the project's github page, the description reads: "Pink + Purple == Fuchsia (a new Operating System)." Fuchsia is based on a different kernel than Android. At its heart of hearts, Android is Linux. Fuchsia, on the other hand, is Magenta, which is built on littlekernel.

There are a number of operating systems on the market designed for embedded systems control. The entire stack from which Fuchsia is derived is open source, but it's also designed to be very highly scalable. This means Fuchsia could eventually scale up to run smartphones, tablets, and even laptop computers on the same foundation being used to run thermostats and heart-rate monitors. 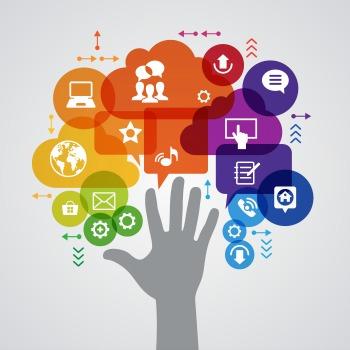 Discussions about whether or not it's best to scale an operating system up or down to meet new needs can quickly veer into religious territory. What's important to know about Fuchsia right now is that Google is at least experimenting with an operating system which is neither Android nor Chrome.

It's possible Fuchsia is nothing more than an experiment by Google, one of the many technological inquiries the company is famous for conducting. It's equally possible that Fuchsia marks the direction Google will take in creating operating systems and control software for IoT.

Either way, IT professionals who want to be prepared for IoT in Google's universe need to start spending the time to learn Dart, the programming language Google has used to create Fuchsia (which it uses for many other projects as well).

Fuchsia -- whatever it's destined to be -- is now in the open, giving IoT watchers one more thing to keep up with as they work to understand the direction in which the tiniest intelligent devices will evolve.

Curtis Franklin Jr. is Senior Editor at Dark Reading. In this role he focuses on product and technology coverage for the publication. In addition he works on audio and video programming for Dark Reading and contributes to activities at Interop ITX, Black Hat, INsecurity, and ... View Full Bio
We welcome your comments on this topic on our social media channels, or [contact us directly] with questions about the site.
Comment  |
Email This  |
Print  |
RSS
More Insights
Webcasts
The ROI Story
The 6 Must-Haves for Practical Cloud Security
More Webcasts
White Papers
Data Protection: Verify Anything and Everything
6 Emerging Cyber Threats That Enterprises Face in 2020
More White Papers
Reports
2019 State of Privileged Access Management (PAM) Maturity Report
eSentire Annual Threat Intelligence Report: 2019 Perspectives and 2020 Predictions
More Reports