Hewlett Packard Enterprise, at its Discover 2016 event, announced a multifaceted strategy for IoT that includes converged systems at the network edge, security, analytics, and partnerships with some of the big players in IoT platforms for business.

Hewlett Packard Enterprise rolled out an expanded commitment to IoT with a new portfolio called Converged IoT Systems, a new set of services, and several new partners to help realize the vision of what the company calls the industrial internet.

HPE CEO Meg Whitman introduced the announcements Wednesday during a keynote address on day two of the company's HPE Discover conference in Las Vegas. She said by 2020, there will be 50 billion connected devices with sensors and machines linked together across vast networks.

"Capturing, managing, and deriving insight from this data is a big part of what we are doing today at Hewlett Packard Enterprise," she told customers during the address.

[HPE has been talking about IoT for a while now. Read HPE Offers IoT Platform to Build, Analyze Data.]

But on the product side of the strategy, HPE is bringing in several technologies to implement its IoT plan. First, the company is offering the HPE Edgeline 1000 and Edgeline 4000 converged systems for IoT, which will allow customers to collect data at the edge and perform complex analytics there, too, leveraging the HPE Vertica Analytics Platform on the 4000 version. 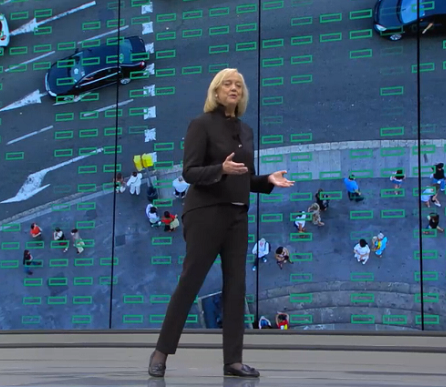 The security comes from HPE's Aruba ClearPass, as well as the Edgeline systems' integration with Aruba's Virtual Intranet Access (VIA) VPN client to strengthen security across IoT devices at the enterprise network edge.

HPE said in a statement that these new converged systems for IoT integrate compute, storage, data capture, control, and enterprise-class systems and device management. They also incorporate rugged design that can handle shock, vibration, and extreme temperatures for harsh environments.

Why the focus on edge analytics? The proliferation of all these IoT devices are generating petabytes of data every day, HPE said. Industries such as oil and gas, alternative energy, manufacturing, and telecommunications often need to collect data in remote locations.

Moving that volume of data to a central location for analysis doesn't make sense. That fact drives the demand for solutions that can perform analytics at the edge and send only the designated relevant results back to the central location.

HPE announced a number of new technology partners in this initiative, including GE Digital, which has put a big focus on the industrial internet with the idea of detecting issues in manufacturing equipment before it breaks and causes downtime for manufacturing companies.

The partnership calls for HPE to combine its IoT solutions with those from GE Digital, including the Predix cloud platform-as-a-service that is designed specifically for industrial applications. The companies said in a prepared statement that they will jointly develop long-term partnerships to support the aerospace, oil and gas, manufacturing, automotive, and energy industries.