Intel, which recently announced that it would focus more on the Internet of Things and cloud computing, is acquiring Itseez, which specializes in IoT and self-driving vehicle technology.

Intel has signed a definitive agreement to acquire Itseez, a specialist in computer vision algorithms and applications for embedded and specialized hardware.

These types of algorithms have applications in the Internet of Things (IoT) and for autonomous vehicles, which major technology companies and global automakers have been giving increasing levels of investment.

The acquisition is part of Intel's transition from a chip company that mainly focused on PCs to one that powers cloud technologies and smart-connected computing devices.

Itseez was started in 2005 Russia with a headquarters in San Francisco. Intel plans to make the company a key component if its Internet of Things Group (IOTG) roadmap. 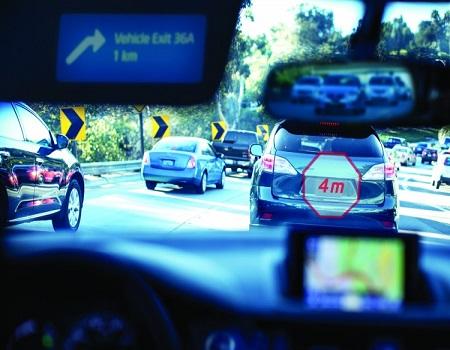 Intel hopes the acquisition will allow its customers to create deep-learning-based applications like autonomous driving, digital security and surveillance, and industrial inspection.

In 2015, Itseez introduced its camera-based driver assistance system for the renewed UAZ Patriot to enhance drivers' awareness and safety.

Since 2013, the company has been developing a suite of advanced driver assistance (ADAS) algorithms, including ones for traffic sign recognition (TSR), lane departure warning (LDW), front collision warning (FCW), and pedestrian detection (PD).

"To win in automotive today and help deliver its exciting future, Intel is adding new capabilities to our automotive portfolio like functional safety and over-the-air software management," Doug Davis, senior vice president and general manager of the IoT group at Intel, wrote in a May 26 statement. "Another key requirement for self-driving cars is the ability to see and accurately interpret surroundings. One of the technologies necessary to support this capability is computer vision."

Itseez is also a contributor to computer vision standards initiatives that include OpenCV and OpenVX.

The acquisition follows Intel's April purchase of Yogitech, a specialist in semiconductor functional safety and related standards. That company's products and services help meet the requirements for autonomous vehicle prototypes and other IoT applications.

[Check out these photos from Intel's own museum.]

It’s another sign of Intel's shift away from a PC-based business. In April, the company announced a massive layoff of 12,000 employees -- 11% of the company's total workforce -- as it refocuses to high-growth areas like the cloud and connected devices.

The company said it expects the program to deliver $750 million in savings this year and annual run rate savings of $1.4 billion by mid-2017.

In the wake of Intel's decision to lay off 12,000 employees -- 11% of the company's total global workforce -- company CEO Brian Krzanich published a statement similar to a manifesto outlining the company's strategy for the future.

Krzanich broke down Intel's strategy into a five-point outline that he said would help to accelerate the company's transformation from a PC company to a business focused on the cloud and powering connected computing devices.

Among the five core beliefs Krzanich said he feels will hold to be "undeniably true" for the future are the presence of the cloud and the growth of the IoT market.

Nathan Eddy is a freelance writer for InformationWeek. He has written for Popular Mechanics, Sales & Marketing Management Magazine, FierceMarkets, and CRN, among others. In 2012 he made his first documentary film, The Absent Column. He currently lives in Berlin. View Full Bio
We welcome your comments on this topic on our social media channels, or [contact us directly] with questions about the site.
Comment  |
Email This  |
Print  |
RSS
More Insights
Webcasts
Making XDR Work in Your Enterprise - May 12
Multi-Cloud Data Management for Modern Applications
More Webcasts
White Papers
Using Farsight Passive DNS for Incident Response
The Microsoft Teams Telephony User Experience
More White Papers
Reports
Intelligent Outcomes Are Key to Business Resilience
The Infoblox Q4 2020 Cyberthreat Intelligence Report
More Reports

Michelle I completely understand, I don't think they will be a reality before 5-10 years but the possibility is incredible.
Reply  |  Post Message  |  Messages List  |  Start a Board

I truly hope it's self driving cars will become a reality the opportunity for freedom for so many is incredible . Independence will be king for so many who have the opportunity to access self driving vehicles . The technology leaders realise we can't stop the evolution, and need to be part of its first wave to lead the market direction.Hopefully it Also means safer roads for all of us.
Reply  |  Post Message  |  Messages List  |  Start a Board
InformationWeek Is Getting an Upgrade!