1 Comment
Comment Now
Tweet
Intel is forced to recall all Basis Peak smartwatches because the wearable overheats, which could result in burns and blisters on users.

Intel has issued a recall for all Basis Peak smartwatches due to thermal problems. The company says owners need to stop using the device immediately and return the wearable as soon as possible.

Intel sold the Basis Peak between Nov. 2014 and June 2016 -- which is when it says it discovered the problem. According to Intel, the Basis Peak can overheat, which "could result in burns or blisters on the skin surface." Intel has been working since June to resolve the problem through a software fix, but hasn't succeeded.

"We had hoped to update the software on your watch to address the problem. Unfortunately, despite our best efforts, we aren't able to develop such a solution without completely compromising the user experience," said Josh Walden, SVP and general manager for Intel's New Technology Group, in a statement posted to Intel's website.

The company says only 0.2% of the watches are known to be faulty, but it is asking all owners to return them anyway. 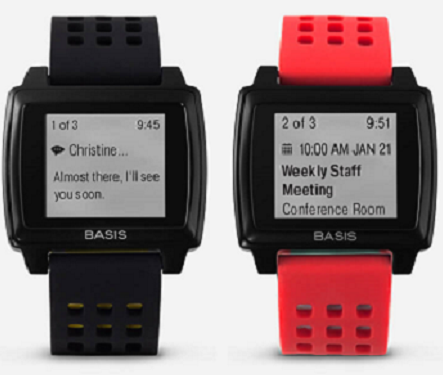 "This was a tough decision, but your safety is our top priority," said Walden.

Intel purchased San Francisco-based Basis Science in March 2014 as a way to jumpstart its efforts in the wearables space. The chipmaker, which has already ceded the smartphone market to competitors such as ARM, hoped to find relevance in smartwatches and other connected, mobile devices. With the Basis Peak, Intel could point to at least one wearable that has "Intel Inside."

Intel has not said how many Basis Peak devices were shipped in the 19 months it was available. The number can't be too large, since Intel's presence in the smartwatch market falls under the "other" category in recent analysis provided by IDC. Combined, the "other" category shipped just 600,000 units during the second quarter.

Owners' fitness data will be available through Dec. 31, 2016, at which point Intel will shut down the online services for Basis Peak. Owners have until then to download their data.

"On behalf of the Basis Science team, I want to personally apologize for this situation. We know that many of you love using your Basis Peak watches and have made it part of your daily lives, and we are very sorry for the disruption this will cause you," concluded Walden.

Intel has not said if or when it will re-enter the market for smartwatches.

Eric is a freelance writer for InformationWeek specializing in mobile technologies. View Full Bio
We welcome your comments on this topic on our social media channels, or [contact us directly] with questions about the site.
Comment  |
Email This  |
Print  |
RSS
More Insights
Webcasts
The Threat From the Internet - and What Your Organization Can Do About It
IT Automation: Scaling to the Future
More Webcasts
White Papers
Get The Key to Cloud Success
Cabinet-Level Electronic Access Control for Data Security and Compliance
More White Papers
Reports
2020 SANS Cyber Threat Intelligence (CTI) Survey
Collective Offense Calls for Collective Defense
More Reports
Copyright © 2020 UBM Electronics, A UBM company, All rights reserved. Privacy Policy | Terms of Service