With PC sales on the decline Intel looks to cut 11% of the company's workforce -- about 12,000 positions -- and refocus on IoT businesses, as well as cloud computing and data centers.

Intel announced a massive layoff of 12,000 employees -- 11% of the company's total global workforce -- as it shifts its focus to high-growth areas like the cloud and connected devices.

The chip giant expects the program to deliver $750 million in savings this year and annual run rate savings of $1.4 billion by mid-2017.

The reduction will be achieved through worldwide worksite consolidations, a combination of voluntary and involuntary departures, and a reevaluation of programs.

Intel executives said that it plans to notify the majority of its affected employees over the next two months, but that some actions will run into 2017.

"Our results over the last year demonstrate a strategy that is working and a solid foundation for growth," Intel CEO Brian Krzanich wrote in an April 19 email to employees. "The opportunity now is to accelerate this momentum and build on our strengths. These actions drive long-term change to further establish Intel as the leader for the smart, connected world. I am confident that we'll emerge as a more productive company with broader reach and sharper execution." 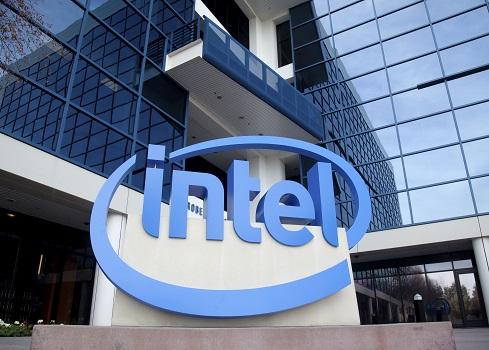 Intel plans to focus investment in high-growth areas such as its data center and Internet of Things (IoT) businesses, along with memory and field programmable gate arrays (FPGAs).

Growth in these areas delivered $2.2 billion in revenue growth last year, and made up 40% of revenue. That revenue helped the company weather a slowdown in the PC market.

"They've looked at the decline of the PC market and clearly decided that they are going to put most of their effort elsewhere," Rob Enderle, a market research who heads the Enderle Group, told The Wall Street Journal.

In his memo to Intel employees, Krzanich stressed the difficult nature of the restructuring. He wrote that he understood the seriousness of the situation.

"We are saying goodbye to colleagues who have played an important role in Intel's success. We are deeply committed to helping our employees through this transition and will do so with the utmost dignity and respect," Krzanich continued. "Today's announcement is about accelerating our growth strategy. And it's about driving long-term change to further establish Intel as the leader for the smart, connected world."

The announcement follows Intel's release of its first quarter 2016 financial report, which revealed $13.7 billion in sales last quarter, up 7% from the year before, and $2 billion in profits, up 3%.

The company also announced a succession plan for its chief financial officer, Stacy Smith, who will transition to a new role at the company, leading sales, manufacturing, and operations once his successor is in place.

The company has begun a formal search process for a new CFO that will include both internal and external candidates.

Workers at some of the biggest tech companies may have a reason to be nervous, according to Global Equities research analyst Trip Chowdhry, who predicts 261,800 positions at those organizations may be collectively cut in 2016.

Tech workers were also hit hard with layoffs in 2015. Hewlett Packard cut 30,000 positions, and Microsoft cut 7,800 of them, according to a Fortune report.

Nathan Eddy is a freelance writer for InformationWeek. He has written for Popular Mechanics, Sales & Marketing Management Magazine, FierceMarkets, and CRN, among others. In 2012 he made his first documentary film, The Absent Column. He currently lives in Berlin. View Full Bio
We welcome your comments on this topic on our social media channels, or [contact us directly] with questions about the site.
Comment  |
Email This  |
Print  |
RSS
More Insights
Webcasts
Making XDR Work in Your Enterprise - May 12
How the Rapid Shift to Remote Work Impacted IT Complexity and Post-Pandemic Security Priorities
More Webcasts
White Papers
2020 Digital Transformation Report
World Wide Technology: Digital Transformation Customer Journey
More White Papers
Reports
The State of Cybersecurity Incident Response
Are We Cyber-Resilient? The Key Question Every Organization Must Answer
More Reports

Intel probably would have been happy to reposition some of the 12,000 in cloud production if the revenues were there to support them. For every new cloud server, there's probably a loss of 10 PCs in the sales ledger. The business is changing rapidly and it's not clear to me that x86 has a bright future in mobile devices either. Intel does have the Atom architecture but the competition in mobile is sharp.
Reply  |  Post Message  |  Messages List  |  Start a Board

Very sad to see so many workers lose their jobs it is unfortunate that Intel could not have transitioned some portion of these employees to their new cloud focused organization . When companies perform such large-scale layoffs it indicates that job transitioning was not successfully implemented .
Reply  |  Post Message  |  Messages List  |  Start a Board
InformationWeek Is Getting an Upgrade!