While interest in IoT technologies continues to rise among businesses, many organizations are still unsure how it will directly benefit the bottom line. However, the IT department and the CIO are helping to lead the way for those companies that are adopting the technology.

Momentum behind the internet of things (IoT) market continues to grow, quickly morphing from IT buzz phrase to market-ready products and services, according a July report from IT research firm CompTIA.

The research, based on the responses of 512 business and IT executives, reveals that 80% of organizations have a more favorable view of IoT technologies than they did a year ago, indicating greater levels of attention from executives, as well as a deeper understanding of how the multiple parts of it IoT ecosystem are starting to come together. 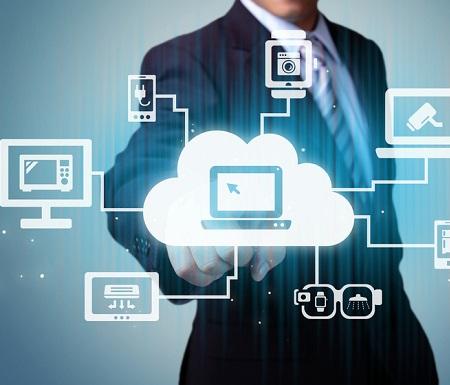 However, there are still several risk factors giving organizations pause, according to the report. Factors most likely to inhibit adoption of IoT technologies are upfront cost, lack of skilled workers with the necessary expertise, and ongoing fees and maintenance costs.

Rounding out the top five roadblocks were new cyber-security risks and interoperability with existing systems and devices.

The research also revealed that 57% of companies believe their organization is well-equipped to manage the security component of IoT, which might be surprising considering how little is known about IoT security.

The report points out that the small size and limited processing power of many connected devices has the potential to inhibit encryption and other robust security measures, and some connected devices are low-cost and essentially disposable.

[Read more about four IoT startups developing in the cloud.]

If a vulnerability is discovered on one of these devices, it may be difficult to update the software or apply a patch -- or even to get news of a fix to consumers.

For organizations with an IoT initiative underway, the largest percentage reported funding it with a new budget allocation. Within those businesses that have not yet embarked on an IoT initiative but plan to, three-quarters of respondents said they expect it would be very or somewhat challenging to assess IoT's value to their company.

The total number of IoT connections is expected to grow from 6 billion in 2015 to 27 billion in 2025, a compound annual growth rate (CAGR) of 16%, according to Machina Research's annual report on the global growth of the market.

Another recent Ernst and Young (EY) report found IoT is driving the mergers and acquisitions (M&A) market in 2016, with IoT volume rising 28% year-over-year for the second quarter and 26% year to date, with 50 IoT related deals in the second quarter alone.

Nathan Eddy is a freelance writer for InformationWeek. He has written for Popular Mechanics, Sales & Marketing Management Magazine, FierceMarkets, and CRN, among others. In 2012 he made his first documentary film, The Absent Column. He currently lives in Berlin. View Full Bio
We welcome your comments on this topic on our social media channels, or [contact us directly] with questions about the site.
Comment  |
Email This  |
Print  |
RSS
More Insights
Webcasts
Managing Your Enterprise Collaboration Platforms
Leveraging Infrastructure as Code to Streamline Security & Operations
More Webcasts
White Papers
Dirty Little Secrets of Business Intelligence: Six Challenges to Adoption
Gorilla Guide Extended Detection and Response
More White Papers
Reports
SANS Institute Survey: The State of Cloud Security
Gartner's Top 9 Security Trends in 2020
More Reports