As a personal challenge for 2016, Facebook's CEO says he aims to automate his home by coding his own artificial intelligence software. But the resulting AI household helper will likely work worse than anticipated.

Over the weekend, Facebook CEO Mark Zuckerberg said that his personal challenge for 2016 is "to build a simple AI to run my home and help me with my work." In a Facebook post, he likened his project to Jarvis, the intelligent agent software depicted in Iron Man.

While this may sound like a vote of no confidence in the personal staff who attend to Zuckerberg's various residences in Palo Alto, San Francisco, and elsewhere, it's more a reflection of academic fascination with artificial intelligence among technology leaders than growing corporate desire to eliminate employees through automation.

AI has advanced considerably in recent years through machine learning, natural language processing, and analytics. Its potential scope and utility have expanded with the spread of network-connected sensors, which allow software to learn about and interact with the real world.

Apple, Google, Facebook, and Microsoft, among other companies, have made intelligent agent software a priority and their efforts have helped turn services like Siri, Google Now, Facebook M, and Cortana from curiosities into frequently useful productivity tools. 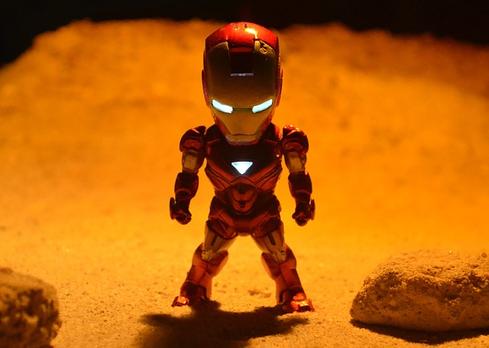 Zuckerberg may see himself as Tony Stark -- the fictional billionaire behind Iron Man (who's more often associated with Elon Musk). But the project he describes is far more modest than Stark's AI assistant, called Jarvis.

Zuckerberg said he'll teach his software to understand his voice, so that it can control things in his home like music, lights, and room temperature, and recognize his friends' faces when they ring his doorbell. He also said he will teach it to alert him if anything is going on in his daughter Max's room when he's not around. It will help him visualize data using virtual reality technology, in order to build better Facebook services and to lead more effectively.

"This should be a fun intellectual challenge to code this for myself," Zuckerberg wrote.

A less entertaining, but more necessary challenge would be coming up with a compelling reason to automate one's home using AI software. Despite the inevitability of the Internet of Things, the value proposition promised by "intelligent" home automation remains unconvincing.

The supposed benefits of home automation include energy efficiency, security, and convenience.

It is possible to save energy using home automation, but how much depends upon the available network-connected hardware. If your AI code can only turn your heating system on and off, the potential savings will be less than those from a system that also can control an air conditioner and motorized blinds. When the only option is whether the heater is on or off, not much intelligence is required to make that decision.

At the same time, there may be more effective ways to save energy than clever software, like installing solar panels or not maintaining multiple homes around the globe.

Home automation can help with security, but it's doubtful that any AI software created as a hobbyist project can make a security system significantly better. Security systems function best as perimeter defenses. More than anything else, homeowners want to be alerted to the presence of an intruder. For that, a simple trigger should suffice.

Checking an intruder against a facial recognition database of friends might be useful, but how often is an intruder likely to be a friend? How complete would any friend database be? It hardly seems worth the effort to program for that unlikely contingency.

If security is truly a concern, augment your electronic security system with biological intelligence, in the form of a dog or guards. That's what Zuckerberg does.

Zuckerberg's AI project could make things more convenient in his home, though any time he saves in terms of turning lights on and off and interacting with the audio system is likely to have been spent writing the code intended to save time.

The fact is that any AI anyone comes up with as a personal project will amount to reinventing the wheel in the form of a square. It may work, sort of, but it won't work as well as doing it yourself or, if you happen to be a billionaire, issuing orders to your household staff.

But at least Zuckerberg will have fun.

Thomas Claburn has been writing about business and technology since 1996, for publications such as New Architect, PC Computing, InformationWeek, Salon, Wired, and Ziff Davis Smart Business. Before that, he worked in film and television, having earned a not particularly useful ... View Full Bio
We welcome your comments on this topic on our social media channels, or [contact us directly] with questions about the site.
Comment  |
Email This  |
Print  |
RSS
More Insights
Webcasts
Securing and Monitoring Networks in the 'New Normal'
Strategies for Success with Digital Transformation
More Webcasts
White Papers
What To Consider Before Renewing Your SD-WAN
SANS Report: Measuring and Improving Cyber Defense Using the MITRE ATT&CK Framework
More White Papers
Reports
Are Unprotected Cloud Databases Leaking Your Data?
The State of Cloud Computing - Fall 2020
More Reports

Great point, privacy would be my top concern when it comes to this type of project.  How can you ensure that the right security and privacy policies are in place?  How can you make sure the whole system is a closed loop and rogue devices can't connect to it?

Home automation sounds like a great idea, but I don't see it becoming mainstream just yet.  To create one for the sake of a personal project, sure, why not, but hopefully he puts the right controls in place to reduce the risks that come from incorporating more technology into day-to-day interactions.
Reply  |  Post Message  |  Messages List  |  Start a Board

I'm interested to hear how Zuckberg designs this, as of-little-use as it will be to the rest of us. Traditionally the processing for audio comprehension is handled in the cloud, but this will be Mark and his family talking within his own home. He won't want to send that information across public wiress where he knows the NSA and others are listening - if only to protect his own privacy.

Will that means masses of on-site processing power? If so, that's even less energy efficient than the article predicts.
Reply  |  Post Message  |  Messages List  |  Start a Board
Editors' Choice
Hot Topics