Premier Farnell PLC has agreed to be purchased by Daetwyler Holding AG, a Swiss supplier of electronic components, for $877.7 million.

One of the largest manufacturers of Raspberry Pi computers agreed to be acquired, bringing to an end the British-owned manufacture of the incredibly popular tiny computer. Premier Farnell PLC, based in Leeds, began manufacturing Raspberry Pi systems in 2012. It is being purchased for $877.7 million by Daetwyler Holding AG, a Swiss supplier of electronic components.

Premier Farnell, which was founded before World War II, had become a conglomerate, selling parts and components ranging from fire-fighting equipment to printed circuit boards. After a series of earnings warnings last year, the company began to divest non-electronic businesses, finishing the process by agreeing to be acquired by Daetwyler earlier today. 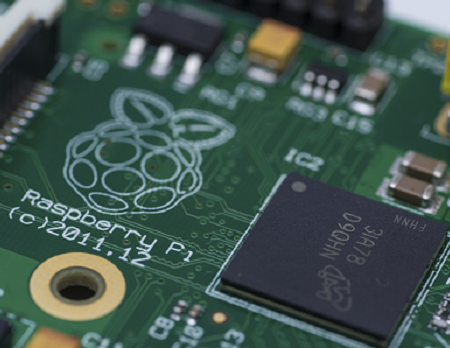 According to statements from both companies, the expectation is that the combination will allow significant operational savings as the result of combined back-office and support departments. Daetwyler, founded in 1915, is the larger company, with a current value of around $2.35 billion.

The $877.7 million price agreed to for Premier Farnell is a significant premium on the company's pre-purchase valuation. As is common in purchase situations, Premier Farnell's share price rose in trading after the agreement was announced, shooting up by nearly 50% before settling back slightly, while Daetwryler's share price dropped by around 4% in the same time.

Neither company has made a statement about the future of Raspberry Pi production, though it is unlikely that customers would see any immediate change in availability or configuration. In statements made regarding the acquisition, Daetwyler said that the purchase will strengthen its position in design engineering and maintenance. The two companies together should be in a stronger financial position, making it less likely that the market for tiny Linux-based computers will see any significant disruption.

Curtis Franklin Jr. is Senior Analyst at Omdia, focusing on enterprise security management. Curtis has been writing about technologies and products in computing and networking since the early 1980s. He has been on staff and contributed to technology-industry publications ... View Full Bio
We welcome your comments on this topic on our social media channels, or [contact us directly] with questions about the site.
Comment  |
Email This  |
Print  |
RSS
More Insights
Webcasts
Monitoring Critical Cloud Workloads
4 Practical Tips for Building a Data Lake
More Webcasts
White Papers
Research from STL Partners and Vertiv Reveals Why Telcos Should Prioritize Efficiency and Sustainability in 5G Network
2021 Email Threat Report
More White Papers
Reports
Gartner's Top 9 Security Trends in 2020
Gartner Market Guide for Insider Risk Management Solutions
More Reports