Red Hat is teaming up with Italy-based Eurotech Group, a supplier of machine-to-machine communications and data collection gateways, to offer an internet of things (IoT) platform that will manage data close to the point it's collected -- at the network's edge.

The Kapua Project will work with code from the existing Eclipse Kura project, which provides a device-data-collection and communications gateway. Kura is based on Eurotech's previous contribution of its Everyware Software Framework. The framework provides a standard way for developers producing IoT systems to handle software events, package code, and supply services, such as firewall rules, WiFi connection, or Domain Name Service for gaining an address on the internet. 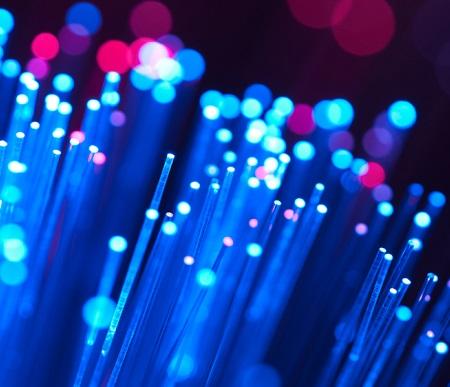 Red Hat and Eurotech are establishing an Eclipse Foundation project in hopes that many companies and individual contributors will be attracted to the project. With enough support, an open source Kapua platform would have a chance of becoming one of the standard ways of building IoT systems.

"The combination of our open sourced IoT technology and Red Hat's expertise in community building will help drive a more open, more innovative software landscape when it comes to building IoT implementations," Marco Carrer, CTO of the Eurotech Group, wrote in the June 30 announcement.

On June 27, Eurotech announced what is expected to become a standard component of the platform, the ReliaGate 20-26 intelligent gateway, a commercial product. The gateway runs Red Hat Enterprise Linux. It can collect, sort, and route data being generated by IoT devices. It can scale to hundreds of thousands of devices, Eurotech officials claimed.

The gateway has built in intelligence for addressing data flow problems related to scalability, performance latency, reliability, and security. In effect, it moves computing tasks to the network's edge that earlier systems tended to address at some central data center collection point, the announcement said.

The gateway is equipped with business rules that allow it to collect, transform, and integrate data, and then route it the correct destination. It provides the service to thousands of devices at a time. It's based on a piece of hardware running an Intel E3800 Atom processor.

Mike Enzweiler, Red Hat senior vice president of alliances, noted in the announcement that the Kapua Project will provide "the first end-to-end open source IoT platform." By avoiding a proprietary approach, implementers are likely to find more devices and technologies working with the platform in the long run than with some of the alternatives.

Eurotech is based in Amaro, Italy, and has its US headquarters in Columbia, Md. It also has research and development facilities in France, the UK, and Japan.

Charles Babcock is an editor-at-large for InformationWeek and author of Management Strategies for the Cloud Revolution, a McGraw-Hill book. He is the former editor-in-chief of Digital News, former software editor of Computerworld and former technology editor of Interactive ... View Full Bio
We welcome your comments on this topic on our social media channels, or [contact us directly] with questions about the site.
Comment  |
Email This  |
Print  |
RSS
More Insights
Webcasts
Unlocking the Ultimate Source of Truth in Cloud Security--Network Data
Using Artificial Intelligence, Deep Learning and Machine Learning for Cyber Defense
More Webcasts
White Papers
Winning at Cyberrisk Management
Human Layer Security for Dummies
More White Papers
Reports
Special Report: Understanding Your Cyber Attackers
The Drive for Shift-Left Performance Testing
More Reports

Mike Milinkovich, executive director of the Eclipse Foundation, commented that Kapua is "a modular integration platform" for combining sensor data from devices on the 'net with applications. It also integrates with other Eclipse projects that are focused on IoT, he said in the announcement.
Reply  |  Post Message  |  Messages List  |  Start a Board
Editors' Choice
Hot Topics