SAP's deal with Vodafone for IoT services is the first in a line of anticipated partnerships between the software giant and telcos worldwide.

SAP is pursuing partnerships with telcos around the world as it looks to push its technology further into the Internet of Things (IoT).

The company announced an agreement with Vodafone that brings together the SAP HANA backend with Vodafone device-connectivity management, on March 16. "This is the first announcement of several," Nils Herzberg, SAP's global co-lead and SVP for IoT, said in a phone interview with InformationWeek. He added that other telcos with significant data networks will be partners in different parts of the world. "The key motivation for SAP is the topic of wanting to simplify the life of our customers," he said.

Enterprises will be able to connect and manage devices using Vodafone's IoT connectivity platform and to collect and move data from the devices into the SAP HANA platform to support predictive maintenance, among other use-cases. The technical certification of the integration between Vodafone and SAP HANA is supported by a new IoT foundation from SAP. 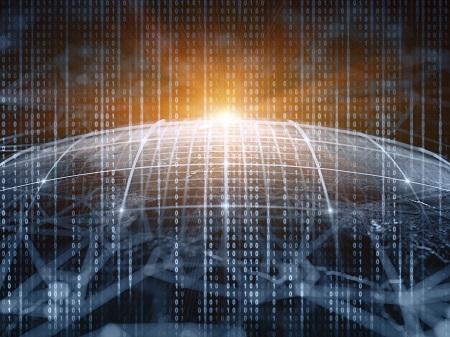 Asked about the varieties of deployment that SAP's customers include under the IoT umbrella, Herzberg said most are industrial installations. "We have a lot of enterprise customers who would like to benefit from the IoT or IoT-enabled scenarios to build a better business and have better outcomes," he said. He pointed to reducing maintenance costs as a significant reason for IoT deployments.

"One of the things we're focused on is moving assets. Anything that moves," Herzberg said. "A lot of data can be extracted from the assets for a lot of reasons, but one is condition-monitoring for asset maintenance. Let's reduce the unplanned failures."

Once the data collected via condition-monitoring tools is available for analysis, though, customers can extract value from it in a number of different ways. Citing a shipping use-case as an example, Herzberg said, "If you know the location of a truck, and the traffic pattern, you can predict the time it arrives so the recipient isn't surprised by the arrival."

SAP and Vodafone's sales organizations will begin offering the services immediately. Herzberg said that all sales agreements and integration technologies were available on the day of announcement. He also said that more partnership agreements are on the way.

Herzberg also said that partnerships are more than a short-term "bridge" for SAP. They are a long-term way of addressing the IoT market. "No one can do it on their own in IoT. You need partnerships," he said. "You need strong partnerships which our customers will be able to depend upon."

As for the timing of the announcements, Herzberg said that the gap between this release and the next will not be long. "In general terms, you should expect more partnership announcements coming from IoT in regular steps," he said, pointing to SAP's Sapphire Now & ASUG Annual Conference in Orlando, Fla., May 17-19, as a likely venue for announcing IoT partnerships.

Curtis Franklin Jr. is Senior Analyst at Omdia, focusing on enterprise security management. Curtis has been writing about technologies and products in computing and networking since the early 1980s. He has been on staff and contributed to technology-industry publications ... View Full Bio
We welcome your comments on this topic on our social media channels, or [contact us directly] with questions about the site.
Comment  |
Email This  |
Print  |
RSS
More Insights
Webcasts
Monitoring Critical Cloud Workloads
Disaster Recovery/Business Continuity in the New Normal
More Webcasts
White Papers
Research from STL Partners and Vertiv Reveals Why Telcos Should Prioritize Efficiency and Sustainability in 5G Network
AWS Lambda Security Best Practices
More White Papers
Reports
The Infoblox Q4 2020 Cyberthreat Intelligence Report
Accelerate Threat Resolutions with DNS
More Reports