The purchase of Israel-based Altair Semiconductor could help bolster Sony's portfolio of Internet of Things (IoT) solutions for a market that is experiencing rapid growth.

The Japanese company will pay $212 million for Altair in a move that could bolster its presence in the Internet of Things (IoT) market, as more devices and appliances come equipped with cellular chipsets and access network services to connect to the Web.

With subsidiaries based in the US, China, and Taiwan, Altair counts approximately 220 employees. It is headed by Oded Melamed, who cofounded the company and previously served as director of cable modem research and development at Texas Instrument.

The company's 4G 1150/6401 offering is an LTE Category-0 chipset featuring downlink speeds of up to 1 Mbps. It's aimed at integration in applications such as wearables, smart meters, lighting, parking, and traffic control, vending machines, and other low-bitrate and battery-operated IoT devices. 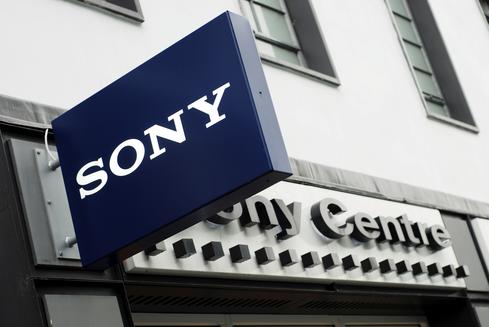 The chipset incorporates elements such as an on-chip power management unit, integrated DDR memory, and a low-power MCU subsystem with a security framework for customer-developed applications.

In December Altair announced the opening of a research and development center in Taiwan, which showed the company's intent of establishing a more robust presence in the high-growth Asia market.

Sony expects to complete the Altair acquisition in early February. It aims not only to expand the chipmaker's existing business, but also to move forward with research on and development of new sensing technologies.

In terms of hardware spending, consumer applications will amount to $546 billion in 2016, while the use of connected things in the enterprise will drive $868 billion in 2016.

The report also projected 4 billion connected things will be in use in the consumer sector in 2016, and will reach 13.5 billion in 2020.

The acquisition of Altair follows Sony's October purchase of range image sensor technology specialist Softkinetic Systems, which is based in Belgium and has offices in Sunnyvale, Calif.

Softkinetic, which possesses time-of-flight (ToF) range image sensor technology, as well as related systems and software, could help Sony develop the next generation of range image sensors and solutions, not only in the field of imaging, but for broader sensing-related applications as well.

Nathan Eddy is a freelance writer for InformationWeek. He has written for Popular Mechanics, Sales & Marketing Management Magazine, FierceMarkets, and CRN, among others. In 2012 he made his first documentary film, The Absent Column. He currently lives in Berlin. View Full Bio
We welcome your comments on this topic on our social media channels, or [contact us directly] with questions about the site.
Comment  |
Email This  |
Print  |
RSS
More Insights
Webcasts
How Elite Analyst Teams are Transforming Security with Cyber Reconnaissance
Strategies for Success with Digital Transformation
More Webcasts
White Papers
Five Reasons to Protect your VPN with Multi-Factor Authentication
2020 Gartner Market Guide for Network Detection & Response
More White Papers
Reports
Assessing Cybersecurity Risk in Todays Enterprises
Email Security Threat Report 2020
More Reports

I really like what Sony's been doing over the past couple of years. Hirai has really taken the bull by the horns and ditched the unprofitable businesses, but most importantly made Sony so much more versatile. It's listened to fans and dominated this generation's console wars, is investing heavily in new technologies like VR and now it's upping its game in the IoT space.
Reply  |  Post Message  |  Messages List  |  Start a Board

It's no surprise that SONY wants to get in on the ground floor of the IOT. But, I wonder how practical it will be for wearables to interface directly with the cell network? It takes a lot more power to access the cell network than it does to send out a bluetooth signal to a smartphone or tablet a few feet away, and it's certainly power that is the limiting factor for wearables, much more so than it is for smartphones.
Reply  |  Post Message  |  Messages List  |  Start a Board
Editors' Choice
Hot Topics