The Stratasys J750 takes 3D printing beyond the hobbyist "maker" circles. By cutting several steps out of the prototyping workflow, it becomes a contender for commercial 3D printing that involves complexity and volume.

Before there is a product, there's a prototype, and prototypes are expensive. That's a problem 3D printing is meant to address. But in most cases, creating a prototype object means printing the different parts of a product from different colors or materials in separate steps, and then assembling them by hand into the final form.

That's the challenge Stratasys is looking to address with its J750 3D printer. The device will print any number of more than 360,000 colors in six separate materials -- all in a single print run, eliminating the need for the assembly step in building a prototype.

"Six-year-olds assume that you press a button and something comes out the other end. This is close to that," said Stratasys chief business officer Josh Claman in a phone interview with InformationWeek. "With this machine, we've reduced the number of steps in the workflow of prototyping. There's an economic advantage, and a compression of prototyping lifecycles." 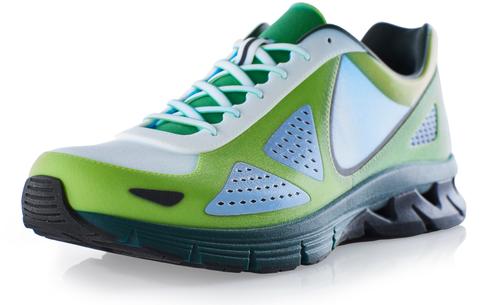 The Stratasys J750 will allow for multi-color, multi-material prototypes in a single printing run.

The Stratasys J750 is slotted at the top of the company's Objet Connex multi-color, multi-material series of 3D printers. That places it at the high end of a line of 3D printers that are far removed from the desktop prototyping and consumer 3D printers that have garnered attention as part of the maker movement.

According to Claman, beta customers for the J750 have included mobile device case manufacturer Otterbox and Laika Studios, which has produced stop-motion animated films including Coraline, Paranorman, and The Box Trolls. 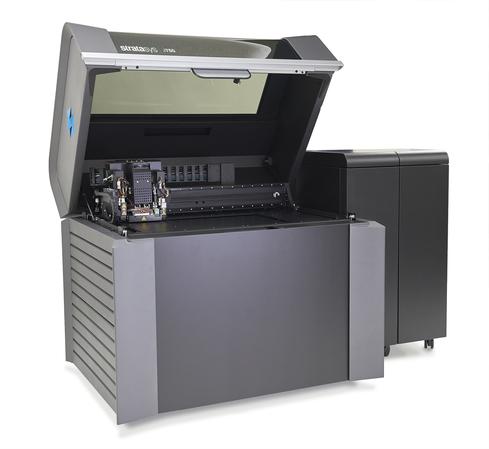 Claman said advances that make the J750 possible center upon the printhead and supporting software. "The printhead is the heart and soul, but it couldn't happen without the software," he said. "Most of the color and materials mixing happens through the software."

The PolyJet Studio software can extract color, texture, and material information directly from VRML tools, so speeding time from design to completed prototype.

One of the major issues in 3D printing on a commercial scale is the time required to move between different materials. "A big [customer] complaint is changeover," Claman said. "Moving from loading the machine with one or two materials, then having to change it over for the next material is a hassle and a waste, because you have to purge the head." 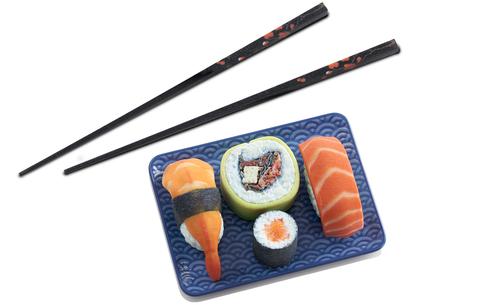 The J750 can digitally print from more than 360,000 colors in six separate materials during a single print session.

The J750 "switches between materials during a print run," Claman said. "You can have soft and hard materials, different colors, different finishes -- all in a single run."

More than any single material, though, "the materials can be digitally mixed, too," said Claman, resulting in completed prototypes at the end of a print run, rather than a sequence of discrete parts requiring assembly.

The Stratasys J750 was available for order starting April 4, with delivery dates varying according to regions around the world. Pricing was not announced.

Curtis Franklin Jr. is Senior Analyst at Omdia, focusing on enterprise security management. Curtis has been writing about technologies and products in computing and networking since the early 1980s. He has been on staff and contributed to technology-industry publications ... View Full Bio
We welcome your comments on this topic on our social media channels, or [contact us directly] with questions about the site.
Comment  |
Email This  |
Print  |
RSS
More Insights
Webcasts
Monitoring Critical Cloud Workloads
4 Practical Tips for Building a Data Lake
More Webcasts
White Papers
The State of Malware Threats
2021 Digital Transformation Report
More White Papers
Reports
[Report] 2021 State of IT & SecOps
2021 Application Security Statistics Report Vol.1
More Reports