Like the Raspberry Pi 2, the updated device will retail for $35, but it reportedly has 50% more processing power. It comes with a quad-core 1.2 GHz 64-bit quad-core ARMv8 processor with built-in Bluetooth and wireless LAN support.

"The new Raspberry Pi 3 is faster, more powerful and the first out of the box IoT ready Raspberry Pi," wrote Billy Anders, director of program management for Windows IoT, in a blog post.

It's worth noting if you're already using Windows 10 IoT Core, you won't be able to run it on the new Raspberry Pi 3. The device will only work with the latest Insider build, meaning you would have to switch to preview releases.

The IoT Core was publicly launched in August 2015 to give developers a means of connecting devices and services to the Internet of Things using Windows 10. Microsoft added this version of Windows 10 to make it easy for developers to use preferred languages for building IoT apps.

In its new IoT Core preview build, the Windows team is enabling support for the new Raspberry Pi 3 board. It promises more features will roll out in coming weeks.

Microsoft will continue to release preview builds and to collect user feedback in order to enable more capabilities for Raspberry Pi on Windows 10. User feedback on previous builds has resulted in support for popular WiFi dongles, including the Raspberry Pi dongle. 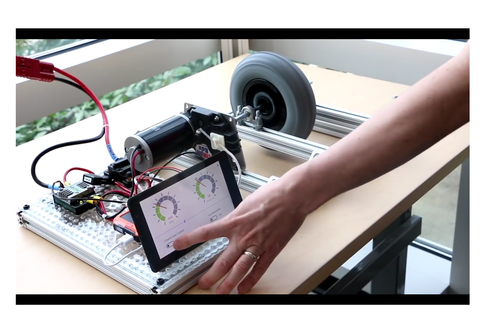 In his blog, Anders also noted several customers have inquired about the commercialization potential of the platform. Microsoft is collaborating with element14, he explained, to offer customers the option of using Windows 10 IoT Core for their Raspberry Pi Customization Service.

If this became reality, OEMs would be able to customize versions of Raspberry Pi to meet their specific requirements, use the open-source BSP Microsoft released, and deploy their creation running Windows 10 IoT Core.

The protection is designed to provide a layer of post-breach security for Windows 10 Enterprise devices. IT administrators can explore their networks for signs of a breach, determine how each machine was targeted, and view the history of individual PCs over a 6-month period.

Kelly Sheridan is the Staff Editor at Dark Reading, where she focuses on cybersecurity news and analysis. She is a business technology journalist who previously reported for InformationWeek, where she covered Microsoft, and Insurance & Technology, where she covered financial ... View Full Bio
We welcome your comments on this topic on our social media channels, or [contact us directly] with questions about the site.
Comment  |
Email This  |
Print  |
RSS
More Insights
Webcasts
Deception: The Next Step In Cyber Defense
Network Security: The Attacker's Point of View
More Webcasts
White Papers
2020 Gartner Market Guide for Network Detection & Response
How You Can Evaluate Your Org's Cybersecurity Readiness
More White Papers
Reports
Making the Financial Case for Outsourcing Endpoint Protection
2019 Threat Hunting Report
More Reports