IT Careers: 10 Places to Look for Great Developers - InformationWeek

You might be surprised by which universities are graduating the most highly skilled developers, according to a recent study.

Right now, enterprises in every industry are struggling to find enough developers to fill their available positions. And finding really good developers is even harder.

With unemployment hovering around 3.7% and demand for programmers especially high, developers from leading institutions have their pick of employment opportunities. Anecdotally, InformationWeek has heard of companies offering bonuses as high as $6,000 for employees who refer developers who get hired.

However, the universities with the best computer science reputations may not be the best places to find great developers.

The developers job website HackerRank recently released a study that analyzed the results of 1.4 million assessments conducted on its platform. The study scored developers in four different skill dimensions: problem solving, language proficiency, data structures knowledge and computer science fundamentals. Based on those ratings, the researchers then ranked the universities that the developers had attended.

"Where a software developer went to college is not an indicator of how strong a programmer they are," said Vivek Ravisankar, co-founder and CEO of HackerRank, in a press release. "As hundreds of thousands of new developer jobs are created over the next decade, hiring managers can't rely on the resume to find great technical talent."

The HackerRank report separates the university listings out into three different regions of the world: Americas, Asia-Pacific, and Europe, the Middle East, and Africa. Here, we focused on the schools in the Americas, all of which were in the U.S. or Canada.

Interestingly, some of the American schools most famous for their computer science curriculum -- like Stanford University, Massachusetts Institute of Technology, and Princeton University -- were not at the top of the HackerRank list. While these well-regarded schools did appear farther down the list, students from several other schools ranked best in the four domains considered by the study.

What sets the top schools apart from the rest?

The leading schools included a mix of well-known and lesser-known universities. The report's authors hypothesized that the schools near the top had programs that emphasized real-world projects, which could make them more desirable to enterprise employers.

So which schools did make the list? The following slideshow highlights 10 that scored the best. 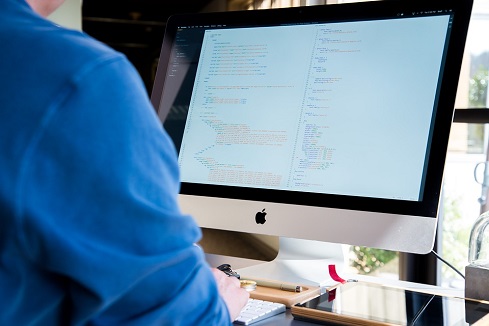