50%
Tweet
The father of cable television was a visionary and a promoter extraordinaire, but never a candidate for sainthood. 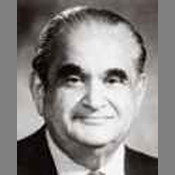 Irving Kahn
Without Irving Berlin Kahn, the Internet might still be a cute scientific curiosity. You wouldn't be streaming movies, accessing YouTube or watching adorable kittens frolic with balls of wool.

Irving was the namesake of Irving Berlin, the popular composer and Kahn's uncle. There must have been something in their DNA, because both were showmen extraordinaire.

Kahn was the lead drum major for the University of Alabama, and that also tells you something about him. What was a Jewish boy from Newark, N.J., doing in the Deep South in the 1930s, and why was he twirling a baton for the Crimson Tide in front of the marching band at those enormous Southeast Conference football clashes? Kahn always wanted to be leading the band, wherever it was. If there wasn't a band, he'd start one -- and then jump in front of it, which is exactly what he did as the Father of Cable Television.

He started as a PR flack for 20th Century Fox and by 1950 was co-founder of TelePrompTer Corp., which invented scrolling text for on-camera talent. By the 1960s TelePrompTer had sold that business, and Kahn pivoted the company to invest in cable and satellite broadcasting. 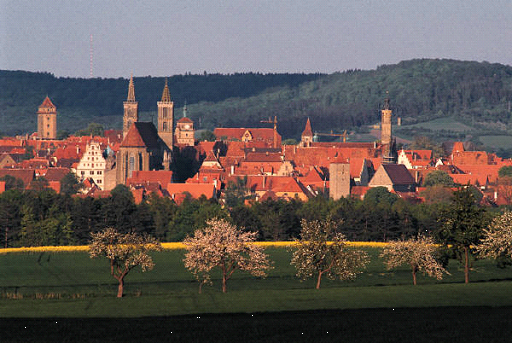 Cable television got its start in eastern Pennsylvania because TV reception there was just god-awful. The towns were nestled in valleys, so the signals from the big city stations couldn't penetrate that far. Kahn's insight: Put an antenna on the surrounding mountains and run a wire down into the villages. Result: interference-free, picture-perfect TV for $7 a month to media-starved homeowners.

Kahn preached the cable gospel far and wide, and America responded. The broadcast networks were happy because they had farther reach; they could sell more advertising by extending their signals to the hallows, and even better, it didn't cost them a dime. No network operators actually got paid for their programming (yet). And homeowners were thrilled; they suddenly had a better alternative to watching their radios.

The problem was the upfront cost: It was very expensive to build the tower, and even more so to dig up the streets and lay cable past every home. Assume that the cost per home was about $250 back then, and providers would get only about $84 a year in revenue ... and just keeping the system up and running would cost $30 a year. So it would take five years to recapture the cost of wiring a home before the cable company could even begin to show a profit.

So like Thomas Edison and his electricity service, cable companies wanted an exclusive or a "legal" monopoly. Because cable TV was essentially unregulated, it was up to every city and town to make its own decision as to who got that monopoly. See any problem here? Of course you do. City fathers aren't high on the list of those eligible for sainthood either.

Kahn's problem was that any company could copy the idea of cable, so an enormous land grab ensued. Graft, bribery and corruption were the order of the day, but Irving Kahn, the Father of Cable Television, got caught. In 1971, he was convicted of attempting to bribe the Johnstown, Penn., city council, and of perjury.

Ever been to Johnstown? I have. That's where they filmed the blue-collar hockey movie "Slap Shot", with Paul Newman, so you can imagine what the town was like -- an aging Bethlehem Steel plant and lots of coal. Kahn did 20 months in the slammer. He always maintained that the issue was extortion by the city officials and not bribery. You say potato and I say potahto.

Two curious points. When Kahn got out of prison, he went right back into the cable TV business, building a 55-city system in southern New Jersey, which he later sold to The New York Times. So those 55 cities and the saint-like New York Times had no problem with an ex-con, nor did the institutions that lent him the money to build the systems. Kahn knew how to build and market cable systems, and that expertise was in short supply. In the land of the visually impaired, the one-eyed crooked poker dealer could be king.

The cable industry had to find a new way to "win" franchises. A terrific guy named Gus Hauser, CEO of Warner Amex Cable, figured out that if he made the cable systems "two-way," he could differentiate his systems. He called his system Qube, letting subscribers do things like vote on whether the quarterback should pass or run on the next play.

This capability was ahead of its time and presaged what the Internet would do. Cities could award franchises to the most technically advanced system instead of the most technically crooked. Warner Amex won a few big cities, but the industry discovered an even better way to differentiate.

The second cute cable industry trick was the "rent a citizen" program. If a city was in the process of awarding a cable TV franchise, the big cable company would form a subsidiary for that city. The company would own 90% and "local citizens" (the mayor's brother-in-law, etc.) would own 10%. The city would then usually favor the proposal where there was "local ownership," and then the big cable company would buy out its minority partners at a very big premium on their very modest investment. Perfectly legal. Sometimes innovation is in technology, and sometimes it's in new and creative ways to stay out of prison.

Wish I'd seen this article when it appeared. I worked for Milton Shapp for five years, Alfred Stern at Warner Cable for five years and Irving a Kahn for 20 years. I was PR VP and speechwriter for all of them Irving was the genius you said he was but it wasn't Irving who pioneered putting the antenna on the mountaintop. It was Milton Shapp and Bob Tarlton in Lansford, PA. And it wasn't Gus Hauser who came up with the idea for two-way TV. That was way in the works before he joined what was then Warner Cable. I was at Warner when Gus joined. And it wasn't HBO that pioneered the origibal concept for what us now premium cable. That wasAlfred Stern, who created Gridtronucs, the very first such undertaking. It was Alfred who made the breakthrough of getting the movie studio heads to sit down together and agree to orovides programming. I was there for all if these happenings. I wrote speeches about all of these happenings. I'm happy to see Irving spotlighted but credit must be given where credit is actually due.
Reply  |  Post Message  |  Messages List  |  Start a Board

Hello,
I am from PA and this photo surely does not look like Johnstown, PA - where was it taken?

Great story and insights. I was wondering whether Irving Kahn crossed paths with John Rigas from Adelphia when they were both wiring Pennsylvania for cable. The Philadelphia Inquirer ran a full magazine story praising the Rigas family for everything they'd done in Coudersport, about a year before the Feds threw them in jail.

I'd also like to know who's responsible for the five minute blocks of commercials we're now subjected to on cable TV, except for TCM. What happened to the idea of paying for cable so we wouldn't have to watch so many ads? With commercials getting as long as the shows, Internet viewing looks better all the time.
Reply  |  Post Message  |  Messages List  |  Start a Board
Editors' Choice
Hot Topics