50%
Tweet
By bringing the world of content to the world of technology, they transformed media and entertainment.

He believed that the media and entertainment revolution was going to come through your TV set, not your computer. Levin began a big cable-based two-way broadband experiment called Full Service Network in 1994. Time magazine, interactive games, movies on demand, home shopping, access to an AOL competitor called Pathfinder and more would all come through your cable connection and a very powerful set-top box. It would be superfast and leave competitors in the dust.

Six months after it started, FSN was DOA. It was too expensive, too early and impossible to roll out nationwide. Big, big miss. Pathfinder hadn't found its way, either. 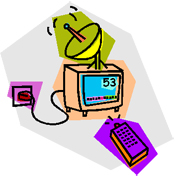 As loud and as over the top as Ted Turner was, Jerry Levin was the opposite: quiet, cerebral, erudite, Levin was the son of a rabbi and a University of Pennsylvania lawyer, who earned fame as the programming director of HBO and eventually CEO of Time Warner. But he will go down in history for engineering probably the worst merger in the history of mergers: Time Warner with AOL. It's hard to lose $100 billion in market cap, but Levin did it.

Think back to 2000. The world is going crazy for the Internet and AOL looks like the go-to company. There are very few true Internet companies, and AOL has 30 million Americans subscribing to its service. Its stock is in the stratosphere and it's everyone's darling.

Levin looks at his assets at Time Warner -- the finest portfolio of magazines in the country, cable franchises in terrific locations, a crackerjack movie empire and HBO, which is making money hand over fist. But Levin can't get no respect; his company is "old school." He realizes that the future isn't going to come through the television; it's going to come through that squeaky little home computer, and the biggest asset around is … AOL. So he decides to merge with The Cool Kid on the Block. So he leads the merger, but the majority partner isn't the bigger company, the better-run company, the more profitable company. Oh, no, the control goes to AOL! In the classic photo at the close of the deal, AOL CEO Steve Case is wearing a tie, which he probably rented, and Levin has shaved off his moustache for the first time in memory, and he's open collar, probably the first time he got caught without a tie.

Levin manages to anoint himself CEO, but Case manages to outstrategize the strategist, trading his overpriced stock for the security of merging with real stock, with real earnings and assets. Later it would be shown that too much of AOL's advertising revenue was from startups that would vanish when the Internet bubble burst.

But give Levin credit: He shepherded a major corporation, one that defined itself around the printed word and advertising, into an age based more on electrons than atoms. What he didn't foresee was that the princes of the empire wouldn't play together, and that "synergy" was just another word for "lose money."

Along the way, the AOL stock went from $90 to $10, and all those precious stock options went up in smoke. Jerry Levin was the fall guy.

Both men were the first to understand that a geostationary satellite signal beamed to cable head ends would upset the traditional powers. Having their own content along with their own access would give them a supposedly unbeatable hand. Levin later decided that he needed another set of weapons, via AOL, and he and his company would pay dearly for them.

Levin just assumed that Steve Case would eventually blow up and he would be The Last Man Standing, continuing to build The World's Greatest Media Company. He who the gods would destroy they first make angry -- and arrogant.

Ted Turner is really and awesome person. He has always been an inspiration for so many people. And Mr. Howard Anderson, you have written this article so nicely that I never felt that I am reading an article. I really like your way of writing. Great article.
Reply  |  Post Message  |  Messages List  |  Start a Board

Buying transponders on satellites is how the satellite TV market works in Europe. That is why sat is so popular over there. Spend a few hundred bucks for some decent equipment once and you get hundreds of channels. The US missed the boat on that one and is now still forced to run expensive terrestrial stations to get coverage.
Reply  |  Post Message  |  Messages List  |  Start a Board
Editors' Choice
Hot Topics