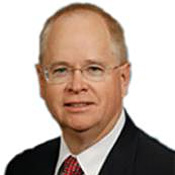 50%
Tweet
American Airlines once had the industry's best business and IT minds and produced the most innovative IT-based products. But now it's staring at bankruptcy.

It's now conventional wisdom that IT innovations can transform a company and industry, with potentially devastating consequences for slow-footed competitors. But the November bankruptcy filing of AMR, parent of American Airlines, is a reminder that market forces can sometimes trump even the best business technology.

In 1985, AA's IT was at its zenith. Its IT organization was large and well led. Max Hopper, AA's former senior VP of IT and one of the visionary creators of the Sabre computer reservation system, had just returned to AA from Bank of America.

AA's management team was IT-savvy. CEO Robert Crandall, an airline industry legend, had been in IT at Hallmark Cards and TWA. Robert Baker, head of airline operations, had been AA's senior VP of IT while Max was at Bank of America. The business leadership was everything a CIO could hope for.

Hopper's organization, which went far beyond IT, was built around Sabre, which AA owned and which generated revenue on each booking. In 1985, about 10,000 reservation agencies used Sabre to book flights for all the major airlines. Sabre generated more profits for AA than its flights did. Crandall once said that if he had to choose between the airline and Sabre, he would choose Sabre. But he didn't. Crandall retired in 1998 and AA spun off Sabre in 1999.

Throughout the 1980s, AA's business/IT programs were exceptionally innovative. Its AAdvantage program (and system), one of the largest loyalty programs in the world in its heyday, was a breakthrough. AA's revenue management system led the industry. Its Bargain Finder, introduced in 1984, gave agents a low-fare search capability. AA released easySabre in 1987, giving consumers access to Sabre for airline and hotel reservations. In 1988, the same year that AMR earned $535 million on revenue of $10.6 billion, AA introduced the Citibank AAdvantage card.

But in 1990, AMR lost $40 million; in 1992, $935 million. Why, if IT was and is so critical to business success, was American Airlines, with its world-class business and IT leadership, struggling just a few years after introducing so many innovative business/IT products? Three main reasons:

The airline industry is a very difficult business. As Richard Branson, CEO of Virgin Atlantic Airlines, once said: "If you want to be a millionaire, start with a billion dollars and launch a new airline."

-- Airplanes are very expensive and need to be flown a lot to generate a return on the massive investment.

-- Profitable pricing is very difficult. All airlines constantly monitor competitors' prices and react. Pricing, as Crandall used to say, is dictated by your dumbest competitor: Airlines losing money cut ticket prices, forcing everyone else to match them. He who runs out of money last wins in the airline industry.

I wasn't personally involved in the many efforts to put an GUI front-end on SABRE but there were many. There were a lot of technical problems but, as I understand it, the huge problem was human. Because the user interface to SABRE was user hostile, agents developed an expertise over time that developed into a kind of power structure. When the first GUI front ends rolled out there was such a backlash and sabotage that the effort was pulled. You always have to remember that, for a reason I have never understood, manage/labor relations at AA and most airlines was poor and any effort to change things--even for the better and with best intentions--was first looked upon as an effort by management to get more out of the employees for nothing.
Reply  |  Post Message  |  Messages List  |  Start a Board

The mantra these days encourages IT to help with the *key* business processes, the strategic ones. AA used IT to its great benefit in reservations and pricing. What about those other key processes, like hedging fuel prices? Or empowering unionized employees, to help address the persistent labor relations? IT couldn't help with the material costs or huge capital expenditures involved in aircraft; more precisely, IT could help Boeing more than AA in those areas.
Reply  |  Post Message  |  Messages List  |  Start a Board

AA may have been at its zenith in 1985, but what happened? Was Max asleep in the cockpit? Why didn't he introduce a GUI to reduce new-hire training from 5 weeks to 1-2 weeks? An airline paying a reservations agent or airport employee for 5 weeks of training (on a "green" screen) is crazy! Max must have seen other industries doing this between 1985-1995. His attempt to buy QIKres and slap that on-top of SABRE (different than Sabre) failed because it was s-l-o-w. New employees were not as productive with it, and senior employees couldn't move from one task to another without exiting (the first task) and commencing down a new path. (Slow!) Maya Leibman is an excellent choice to push-beyond the non-innovation of Max's last 10-15 years. Sabre and the other GDS companies (Travelport...) you mention will radically change in the next 24 months. Direct Connect is next. It will cut distribution and ticketing costs by $9-$12 per ticket. (That's the current battle between AA and Sabre.) That may not sound like much -- but that's the difference between profit and loss for >90% of all airline customers in North America. Maya's promotion was an outstanding choice by AMR/AA.
Reply  |  Post Message  |  Messages List  |  Start a Board
Editors' Choice
Hot Topics