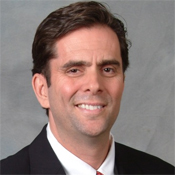 As Dell pursues going private, Microsoft's $2 billion stake isn't the only thing that should give enterprises pause.

When Dell's board of directors recently approved a $24 billion bid led by CEO and founder Michael Dell and private equity firm Silver Lake Partners to take the company private, it marked the largest leveraged buyout since the financial crisis. Another twist to the deal is Microsoft, which will provide $2 billion to support the "long-term success of the PC ecosystem."

While Dell remains a major hardware provider -- 70% of its revenue still comes from PCs and related software and peripherals -- the company has taken significant steps over the past few years to transform itself from a PC and server vendor into an end-to-end enterprise services provider. Since 2007, Dell has acquired 27 companies in pursuit of this strategy, including application modernization services firms Clerity Solutions and Make Technologies in 2012, managed security services firm SecureWorks in 2011, and Perot Systems in 2009, resulting in a 19.2% year-over-year growth rate in its services and software revenue over the same period.

Still, while it's received positive reviews for its IT outsourcing (ITO) capabilities from research firms including Gartner and Forrester, Dell has struggled to be perceived as a top-tier ITO provider outside of niche areas like healthcare and government. Even in the managed desktop arena, where Dell should maintain a value proposition rivaled only by HP, it has been unable to coordinate its services and OEM businesses to meaningfully compete with the likes of IBM, TCS and Wipro.

[ What will Dell's next move be as it reinvents itself as a private company? Read 7 Moves Dell Must Make Now. ]

For CIOs considering buying in to Dell's ITO vision, the transaction (assuming it's approved by shareholders) will have ramifications in three main areas:

-- The benefits and risks of going private. On the positive side, now that every dollar invested doesn't need to move the near-term earnings needle, Dell will be able to make longer-term investments to grow and enhance its services business without sweating market scrutiny and quarterly earnings pressures. The company can also focus management attention and resources on unifying its string of acquisitions into an integrated software, hardware, and services platform. As Dell's CFO Brian Gladden recently commented, "Without having the scrutiny that is associated with a publicly traded stock, we can make the necessary investment and stick to plan, [and] in some cases be more aggressive than we can today."

Conversely, the limited buyout will put serious pressure on the company's balance sheet. That could inhibit its ability to invest to expand and improve its ITO capabilities -- with some $17 billion of new debt, Dell will be obliged to satisfy its creditors first and ITO customers second. Such uncertainly is anathema to companies outsourcing their IT infrastructures. When the foundation of the business is on the line, CIOs want stable providers that present little risk of unexpected pivots that might force them to scramble for alternatives. Yet Dell's new set of financial pressures could result in spin-outs of business lines deemed to be "non-core" to the future, though it is difficult to tell at this point whether legacy hardware businesses or newer ITO businesses would be targeted for divesture.

-- The Microsoft investment and its potential impact on future service offerings. Yes, Microsoft's $2 billion did not buy it board seats or voting rights. But that level of investment is generally not without some strings attached. While Microsoft can bring innovation, improved software and cloud capabilities and resources and knowledge to optimize Dell's services offerings -- especially those that leverage Microsoft products -- Dell may find itself under pressure to index more heavily to Microsoft offerings. And that may hinder Dell being perceived as technology-agnostic provider, a la Accenture, and frustrate efforts to gain traction in the ITO space.

-- Michael Dell himself. He is certainly putting his proverbial money where his mouth is by contributing his entire 17% ownership interest as part of the privatization bid, along with some $700 million from one of his investment companies. Dell's vision and energy drove his namesake company from a $1,000 startup operating out of a dorm room to one of the largest PC suppliers in the world, and having a substantial part of his personal fortune on the line makes it likely that energy will be out in full force. However, there's also a real possibility that Dell's actions are motivated more by considerations of his legacy or a determination to double down on the OEM business than by a burning desire to build a legitimate Tier 1 enterprise-class ITO provider.

7 Steps To Protect Your Position

Dell's buyout could end up benefitting customers by bringing a more strategic, enterprise-level focus. But it also raises concerns -- we can't know with any certainty how a privately held Dell will fare in a competitive ITO market, and its true commitment to the ITO business will likely not be fully understood for months to come. For now, CIOs contemplating a relationship with Dell should:

-- Think twice about a long-term relationship. Factor in uncertainty when defining term commitments. CIOs contemplating large-scale projects should be especially sensitive to the risk of unforeseen changes of strategic direction (on Dell's part) and the effect on service delivery. Contract term lengths (original and renewal options alike) should be of appropriate duration to allow a timely exit should the relationship not meet expectations.

-- Question its dedication to ITO. Depending on cash flow, Dell may be forced to concentrate on meeting its outstanding debt obligations vs. investing its ITO business, corresponding innovation, complementary acquisitions and new corporate customer relationships. Insist on multi-level formal governance provisions in all agreements, as well as upfront meetings with senior executives to gain comfort in Dell's commitment to the ITO space in general, and to you as a customer in particular.

The author writes: "However, there's also a real possibility that Dell's actions are motivated more by considerations of his legacy or a determination to double down on the OEM business than by a burning desire to build a legitimate Tier 1 enterprise-class ITO provider. "

The overwhelming reaction in my Twitter stream, and among IT people I know, is that they are rooting for a dramatic next act from Michael Dell. I'm not sure he knows what his legacy will be, but I would bet it is more colorful than battling IBM on services. Mobile, anyone?