When InformationWeek asked IT pros about HP's recent change in course, they spoke clearly--that HP's future direction looks anything but clear. Check out the full survey results. 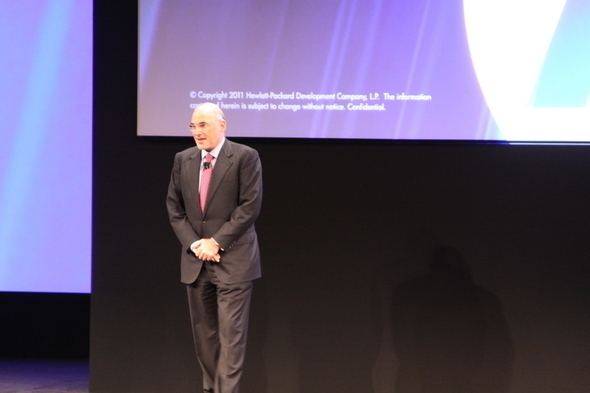 Hewlett-Packard has spent the last year or so in a state of crisis. Arguably, the crisis started when HP's board ousted Mark Hurd over what it described as expense report irregularities. Things have only gotten more frenetic since then, as the board named former SAP chief Leo Apotheker as HP's new CEO. In March, the newly appointed CEO led an event in San Francisco that laid out HP's new strategy, built on the promise of a stem-to-stern set of HP offerings that all worked better together. At the center of the strategy was webOS, a mobile device operating system that HP acquired when it bought Palm. Back in March, Apotheker said we'd see webOS shipped on 100 million devices per year.

Flash forward six months, to HP's quarterly earnings call: Apotheker announced what amounted to a complete about face in HP's strategy. After launching just one tablet that ran webOS, and seeing little market uptake, Apotheker immediately discontinued all webOS devices, and said that he was shopping around the entire personal systems group. Along with that, he announced HP's plan to buy search and enterprise content management vendor Autonomy--signaling an intent to move up the stack in information management. The moves were jarring enough to cause the largest sell off of HP stock ever.

Apotheker's moves are a step toward eschewing consumers and embracing business technology customers. InformationWeek set out to determine how IT professionals view HP's new direction. We surveyed more than 600 IT pros in North America, all of whom were aware of HP's announcements to at least some degree.

Apotheker and HP might be eager to embrace IT pros, but as our survey reveals, IT pros aren't quite so quick to embrace HP and its new vision. Click through the full survey results to learn what your peers think of HP's revamped strategy and the leadership behind it.