Getting employees to volunteer to work on projects is a key piece in driving its emerging tech innovation. 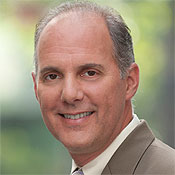 Vanguard didn't always think technology leadership was important. In fact, not being a tech leader was one of its core principles, part of its philosophy of being a low-cost provider.

Then in the early 1990s, Vanguard CEO John Bogle, the company's founder and a legend in the mutual fund industry, gave a speech challenging employees to question the company's sacred cows--including its tech fast-follower principle. Bogle put the company on the path to embrace the latest IT to power its low-cost strategy.

As Vanguard became an IT leader and innovator, Bogle's successor as CEO, John Brennan, set the expectation that IT was inseparable from "the business." He made clear that business unit leaders couldn't fob off IT failure--they were responsible for getting the needed technology. "Gately gets fired" became something of a catchphrase among the executive team, after Brennan explained that if, just as an example, the institutional investor group couldn't deliver because of an IT shortcoming, it was the head of that unit, Jim Gately, who'd be held accountable. (Gately had a long and successful Vanguard career. Now retired, he serves on the Vanguard Charitable Endowment board, with Brennan.)

And then there was CIO Bob DiStefano, whom Vanguard leaders credit with bringing the company into the Internet age, providing what current CEO McNabb calls "tech enlightenment training." DiStefano brought in Internet pioneers and futurists to preach the Web gospel, and he helped "shape a generation" of leaders' thinking about IT, McNabb says. He pounded home the idea that investors would judge Vanguard.com based on their experiences on leading Web sites like Amazon's, not other financial sites. (DiStefano died unexpectedly at the age of 52, in 2002.)

Yet neither McNabb nor Heller was convinced Vanguard was doing enough to stay ahead of emerging tech. "Disruptive technologies often manifest themselves first in a small way--and then they explode," McNabb says.

The CEO's answer is to set aside some budget for disruptive tech projects--the kind no one business unit can fund but that might make sense for everyone in the near future. For example, he allocated a couple of million dollars for an internal collaboration site that faced a tough battle in Vanguard's formal technology review group. McNabb says Brennan did the same thing back when "no one could really put an ROI on the Web that mattered."

Heller's answer, after some experimenting, has been the volunteering concept paired with the small innovation team that organizes ad hoc efforts, which Vanguard calls "Dig" teams--for Distributed Innovation Group.

Among the innovation group's key operating practices is that each Dig team needs a sponsor--a key manager to vouch for the project's business value and be something of a "spiritual leader" for the effort. Another is that every Dig project is different, depending on the goal and the people involved, so the organizers must be flexible. Usually, about 15 to 20 people answer a call for volunteers, and about 10 do the bulk of the work.

And this volunteer team won't take its project to full-scale implementation. "There's always an end state of when the innovation team will turn it over to IT for full support," CTO Carol Dow says. In addition to the ad hoc work, each of the innovation team members also is assigned one key area to research for opportunities: app dev, mobile, CRM, flexible infrastructure, security, marketing, contact center, Web 2.0, and enterprise 2.0.

Vanguard's IT teams have a lot of innovation in the pipeline. One area is internal collaboration. The IT organization has been using what it calls the IT hub, SharePoint-based sites for informal collaboration. Rob Lake, who leads the five-person innovation group, says the challenges include meeting regulations such as record retention, but also getting the tools adopted. For that, he isn't wasting time trying to convince anyone they need a collaboration tool. Instead, he's looking around Vanguard to "find passionate communities where they're struggling to collaborate," Lake says. "Find the collaborative groups that need tools."

Social media is another looming challenge. While its Web site is a huge success, "the one gap we have found is the personality, the culture of Vanguard is really hard to come through on Vanguard.com," says Amy Dobra, who leads the social media effort. Yet Vanguard's wrestling with how to meet demand for quick, personable interaction within the strict regulatory environment financial companies face.

In mobility, it has a Dig team working on a "build once" mobile strategy, so it doesn't have to build apps for every platform from iPhone to Android to BlackBerry. It's building a prototype for a rich, interactive mobile Web site. And it's experimenting with a mobile Web site in what's essentially a mobile app container, with minimal programming for each specific platform. But the retail group's Dowds thinks they face another five years of developing for multiple platforms.

For now, Vanguard thinks it has the right formula and practices for taking on these emerging technologies. But count on this: If this system doesn't deliver the tech the company needs, Vanguard will again be ready to evolve its IT innovation strategy.