50%
Tweet
Miami Children's, the No. 5 company in the IW 500 ranking, thinks telemedicine will open up a new revenue source.

The launch of Miami Children's Hospital's telehealth command center in 2012 marked the beginning of a three-pronged initiative to expand the reach of pediatric care while driving new sources of revenue for the hospital. The $2 million command center provides high-definition cameras and large monitors to enable physician-to-patient and physician-to-physician communication as well as remote reading of diagnostic tests.

With the central command center in place, MCH developed three telemedicine models --mobile, semistatic and extremely static -- through which patients could connect with MCH specialists from as far away as Ecuador and Ukraine.

MCH developers spent three months creating an iPad app that acts as a virtual exam room, which is now in pilot tests. The idea is that families will be able to download the app, log in from home and request an appointment with a general physician ($30 out of pocket per consultation) or a specialist ($50 out of pocket per consultation). MCH is looking at this as a cash business that doesn't involve the usual billing through an insurance company. The cloud-based app provides an interface for clinical care and patient billing.

A separate physician app allows doctors to log in from the MCH command center or from their own devices and choose patients who are online in the virtual waiting room. They would then select a patient and engage in an encrypted video consult.

As the mobile model exists now, the app is most appropriate for consultative services because the physician is limited to a visual examination. It's intended for patients with a light fever or other nonemergency symptoms.

MCH is working to integrate at-home diagnostic medical tools into the mobile app. These are Bluetooth-enabled medical devices, such as blood pressure cuffs or stethoscopes that families could use to provide data to physicians. 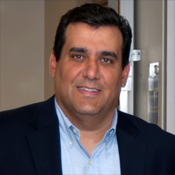 Right now the app is still in the pilot stage and only available to a few hundred families within the vicinity of the hospital. The plan is to take the program national, with doctors staffed at the command center around the clock.

To build the app, developers used APIs for Vidyo's videoconferencing service, and the rest of the app was created in-house by four iOS developers and one designer. The app integrates with MCH's Cerner electronic health record. MCH execs think patients and family members will find the experience similar to consumer services such as Apple's FaceTime.

In addition to iPad use for telehealth, the tablet platform has become a part of MCH's administrative infrastructure. Patients register using an app that allows them to input initial medical, billing and demographic information through the tablet. Later this year, MCH expects to collect payment by swiping a credit card through a device attached to the iPad. Patients can read and sign consent forms on the iPad. The iPads have enabled a series of standardized ADHD screening questions that MCH gives all parents of children ages 4 through 18 when they visit the Pediatric Care Center.

MCH has focused its technology strategy on reducing the time it takes to get patients from triage through registration. The iPad-enabled registration is part of the improvement, and so is a transition from a paper system to an electronic system that uses Bluetooth-enabled medical devices to transmit patient data directly into the electronic health record. Previously, a nurse would take a patient's vitals, write the data down on paper and manually input that data into the EHR. Now the data is transmitted from the blood pressure cuff or stethoscope directly to the EHR. It's these kinds of tech-enabled process changes that healthcare needs to make more effective use of IT.

MCH has deployed a number of medical carts equipped with videoconferencing technology and clinical tools to hospitals in the U.S. and abroad. For $100 an hour, patients can receive a live consult with an MCH specialist working out of the Miami telehealth command center. A local hospital physician is present with the patient to operate the clinical tools (such as stethoscope, blood pressure cuff and exam camera) and have a physician-to-physician conversation with the patient in the room. Clinicians can move the cart around the hospital as needed.

MCH has the carts live in hospitals in Ecuador, the Cayman Islands, the Vatican and Ukraine, among other places. MCH leases the carts to hospitals for about $1,000 a year. The carts are leased rather than sold to give MCH the control to ensure that the technology stays up to date.

Hoping to capitalize on the quick clinic trend, MCH is partnering with HealthSpot, a medical kiosk producer, to bring medical care to retail environments such as malls and shopping centers. The kiosk has videoconferencing equipment and clinical tools such as thermometer, stethoscope, blood pressure cuff and otoscope for checking ears, but a doctor isn't physically present. Instead, a nurse or other practitioner assists with the consult as an MCH physician conducts a virtual examination via videoconference. All of the consultations are recorded and can be referenced by the physician or patient.

"The kiosks create new market opportunities," MCH CIO Ed Martinez says. "There's a shortage of pediatric subspecialists. Now they can be present in rural counties and areas where most demand occurs."

MCH is in talks with retailers and expects to roll out its first kiosks in September. MCH is also discussing deploying a kiosk to a city in Russia in October. Kiosks are intended for nonurgent care patients. Beyond shopping malls, Martinez envisions kiosks at places such as airports or even cruise ship ports.

With all three of these new models, MCH is preparing for a changing healthcare market where more of people's care will be delivered without going to a hospital, so hospitals will need to find new sources of revenue.

This is initiative is a definite value add as it relates to patient care and engagement.  After experiencing the challenges that patients in rural areas encounter with distances to medical organizations, especially in other areas in the US due to weather conditions - telemedicine is the way to go.  This is by all means an innovative and highly needed strategy to reach patients everywhere.
Reply  |  Post Message  |  Messages List  |  Start a Board

I have seen studies that report telemedicine improves patient/family satisfaction. This could be due to timeliness of care, convenience (no transportation, no checking in at a front desk, etc.) and access to better doctors (which significantly improves patient satisfaction). Still, I think a lot of it has to do with personal preference. At the end of the day, I personally still want to see a doctor face-to-face. Others prefer the advantages of telemedicine.
Reply  |  Post Message  |  Messages List  |  Start a Board

Intriguing. Alex, have you seen any indication of the level of satisfaction patients have with telemedicine? It seems to make great sense in rural areas, certainly, but I wonder if those in more populated areas would be as open to the idea.
Reply  |  Post Message  |  Messages List  |  Start a Board
Editors' Choice
Hot Topics