My Theory Of IT Reach - InformationWeek 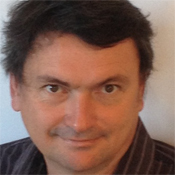 50%
Tweet
If you're implementing an IT solution and it doesn't increase the human or functional 'universality,' you're investing in the past.

David Deutsch, in his brilliant book The Beginning of Infinity, discusses the unique capabilities of the human mind. Humans use the scientific method to construct ever-improving explanations with increasing reach. "Good explanations," such as the Theory of Relativity, have an incredible reach and are valid well beyond the human scale of space and time, he writes.

Here's my theory. Let's call it Information Technology Reach. Increasing universality or reach is one of the fundamental properties of ever-more-sophisticated information technologies. And it has both a human and a functional aspect.

Let me give you an example.

I have a beautiful HP-67 pocket calculator. A slightly simpler version, the HP-65, was the backup to the guidance computer on the Apollo-Soyuz mission. I also have a Pickett N600 ES slide rule, the same model Neil Armstrong and his buddies took to the moon just in case the flight computer broke. Finally, I also have an iPhone.

I thought I would apply the scientific method to test my theory. I asked my teenage son to divide 237 by 23 using an iPhone, the HP-67 calculator and the Pickett slide rule. 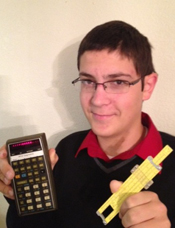 I gave him the manuals for the three devices. This is a non-trivial task for a modern-day teenager -- my son had never used a slide rule before and the HP-67 runs the reverse Polish notation. Since he's an Android-head, the iPhone was new to him, too. I also thought about asking him to calculate the results with a Turing Machine, but that would have been cruel.

Following are the results of the experiment: It's rather incredible: The iPhone, with its 0.2-page manual, is way more universal than the HP calculator or the slide rule. That is, almost anybody can use it without much effort. Calculating with the iPhone requires a priori versus posteriori knowledge. The technology is transparent, and the focus is on the outcome from the user's perspective. The iPhone is an emphatic device, and this is the human aspect of universality in the theory.

How about universality of function?

In the 1970s the HP-67 was also called the electronic slide rule. It can do all that the Pickett does and a lot more. It can also run a Turing Machine, so it's close to meeting the criteria of a universal computer. How about the iPhone? Well, check out these three applications. One is a slide rule for the iPhone, the second app is an early HP-45 calculator, and the third is a delightful Turing Machine. The iPhone can do it all. It's the most universal technology. And it's cheap -- the HP-45 cost $395 in 1972 and $2,094 in 2011, while the HP-45 simulator app costs only $1.99.

What happened is that the iPhone dematerialized the Turing Machine, the slide rule and the HP-67, as well as my old digital camera, MP3 player, paper calendar, bookshelf, dictaphone, notebook, alarm clock, paper maps and desktop phone. Those objects don't need to exist anymore.

Why would the idea of Information Technology Reach be relevant for an IT professional? Well, if it is indeed universal and has a significant reach, then it is easier to align our actions with it and difficult to go against it.

To put things simply: If you're implementing an IT solution and it doesn't increase either or both the human and functional universality, you're investing in the past and likely to fail. When you look at your iPhone, you see the slide rule of 2030. Many of the objects around you today will be dematerialized in 20 years.

I wonder if I will be able to get an iPhone simulator in 2050 for my cortical cognitive implant. Maybe I will be just like Star Trek's 140-year-old Scotty, who returned from the transporter's pattern buffer and declined the offer to join the crew of the Enterprise-D.

"When you look at your iPhone, you see the slide rule of 2030." Food for thought.
I'm still not sure about Google Glasses. What will mobile device mean in 2030?