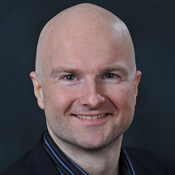 A harder line against employers by the National Labor Relations Board, as well as a lack of case law, leave a lot of room for business risk.

Social media--and its potential legal impact on business, privacy, publicity, and employment law--is one of the hottest topics of the day. With so much uncertainty and so few legal precedents, it's a daunting task to wade through the hype in order to implement the policies that protect your company.

One of the debates drawing the most attention concerns the employment implications of personal information posted on Facebook, Twitter, and like sites. The main issue is whether an employer's social media policies violate its employees' right to engage in legally protected activities while outside the workplace. For example, the right of co-workers to discuss their wages and working conditions while not at work is protected under the National Labor Relations Act.

Back in December 2009, the National Labor Relations Board issued an advisory opinion on Sears Holdings' social media policy. The company's rules contained very explicit prohibitions on employees' usage of social media, including a ban on "disparagement of company's or competitor's products, services, executive, leadership, employees, strategy, and business prospects." In that advisory opinion, the NLRB stated that the complaint against Sears Holdings should be dismissed as the social media policy cannot "...reasonably be interpreted to prohibit..." a protected activity.

However, the agency now appears to be taking a much stronger stance on restrictive social media policies, particularly in recent matters involving Thompson Reuters, the news organization, and American Medical Response, a medical transport company. In both of these matters, the NLRB alleged that the companies violated the National Labor Relations Act by disciplining employees who posted comments on social media websites that were interpreted by the employer as negative and disparaging against the employer.

The AMR case was settled earlier this year, with the company essentially agreeing to the NLRB's demands to revise its social media policy to ensure that it doesn't restrict employees from discussing their wages, hours, and working conditions with co-workers and others while not at work, and agreeing to not discipline or discharge employees for engaging in such discussions. Thompson Reuters is in negotiations with the Newspaper Guild to resolve its matter, with the looming threat of an NLRB claim if the parties fail to settle.

The seemingly contradictory and stronger positions from the NLRB, as well as a lack of case law on this matter, leave a lot of room for disagreement and business risk. Is the NLRB making more of this situation than required, or are companies overreacting to criticism, resulting in overly prohibitive policies that infringe on their employees' rights?

I tend to answer yes to each of those questions. In my opinion, the NLRB is making too big of an issue by initiating these cases, while some companies do go way too far trying to defend their interests and reputations. Although it's an important debate for those of us in the legal community, the real challenge for most companies is to protect their interests without raising the ire of the NLRB or creating other negative effects.

No one set of best practices has risen from the ashes of the NLRB cases, but businesses can take reasonable and defensible measures to minimize their exposure and risk.

-- Maintain consistent protocols to screen applicants' social media profiles and information regardless of their race, gender, or other protected class status.

-- Develop a basic understanding of the activities protected by the NLRA.

-- Educate screeners and HR professionals on the requirements of the Fair Credit Reporting Act and its state equivalents to promote the lawful use of background checks.

-- Access private employee information resources only with proper employee authorization to avoid liability under laws governing electronic resources (such as the Stored Communications Act) and under common law privacy rules.

-- Comply with the terms of use of all social media websites.

-- Ensure that employment decisions are made with accurate information, as false and misleading information is prevalent in social media.

If employees use social media to communicate about union activities or other rights protected under the NLRA (such as conditions of employment), refrain from restricting their speech or taking employment actions that could violate the statute. Non-union workplaces must also abide by rights conferred by the NLRA.

Most important, understand that your employees will talk with one another about their experiences at your company. They will blow off steam, and sometimes they will share information and opinions on social media that you may not like. Show reasonable restraint. Make the effort to identify real issues versus benign annoyances, and get a second opinion from a trusted adviser, such as your attorney, before taking action against an employee. In this way, you will cultivate a more open and enjoyable work environment, foster trust with your employees, and avoid unnecessary legal exposure.

Dan Liutikas is the chief legal officer of CompTIA, a non-profit IT industry trade association, where he oversees legal and regulatory affairs.

We welcome your comments on this topic on our social media channels, or [contact us directly] with questions about the site.
Comment  |
Email This  |
Print  |
RSS
More Insights
Webcasts
People Are The Most Important Part of Autonomous SOC
Don't Miss This Cybersecurity Virtual Event
More Webcasts
White Papers
The Psychology of Cyber: How Micro-Drilling Enhances Crisis Response
How to Build Your Incident Response Plan
More White Papers
Reports
Trustwave Global Security Report
2021 Top Enterprise IT Trends - Network Computing
More Reports