The world's biggest study into our email habits reveals some strange behaviors we might want to consider breaking. 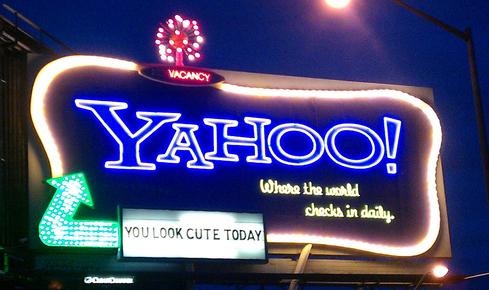 The world's largest study on email was conducted by Yahoo Labs recently, and it revealed startling facts about how we use email. Examining more than 2 million users and 16 billion emails over several months, the Yahoo Labs researchers have given us the best picture we've ever had of the way we work and the way we communicate with email.

Yahoo email has more than 300 million different accounts. Many of those accounts are not run by humans or are not currently being used. To ensure that only human interaction was studied -- rather than bots or automated email --  the study focused on what the researchers called dyads, pairs of people who exchanged multiple emails in "reciprocal interactions."

Basically, they narrowed the scope of the study down to people who were using email to have a conversation. For privacy reasons, they also only studied accounts which had opted into this type of research. That left researchers with roughly 2 million users, who sent about 187 million messages to each other out of a total subset of the 16 billion they received or sent from Yahoo accounts or commercial accounts. Yes, 16 billion. Due to Yahoo policy, the researchers could not track personal emails from other email services. Their study also excluded social media notifications.

Even with all those exclusions, you can see the researchers had a giant source of data to draw upon. Though, admittedly, it meant that their sources were prone to certain biased behavior. They were more likely to interact, for example, with those with whom they have already corresponded than they would be with the entire subset of all of their email. Still, it makes sense to watch these types of relationships more than those between corporate or social media accounts, which are often one-way affairs.

The study gives us fairly amazing insight into how we use email, how often we respond, the size of our email interactions, and what causes threads to end or to go on. Fankly, some of it is hard to believe. Check out the most astonishing findings of the Yahoo Labs email study and tell us whether or not they line up with your own email habits.

The five word email response is all me. Usually when I get an email that needs something, it comes in the form of an attachment, so my emails are something like. "Thanks, I'll get on that." or "Here's the changes you needed."

I kind of get the two minute reply. When you are waiting on a response for something that leaves you stuck until you get the information from the other person, you're checking email constantly until it comes up. But it almost sounds like the new relationship obsession of always being in contact with the other person.
Reply  |  Post Message  |  Messages List  |  Start a Board

@Broadway - exactly.  It's completely counter-productive.  Sadly, the IS Manager of our group promotes this kind of distraction by requiring us to respond within minutes to emails from her and certain other groups.

I can't ever really focus fully on a task - because I always need to be on alert for an email either at my computer or on my phone.  I do have some "alerts" set up through Outlook to help parse out what I need to pay attention to but that doesn't help me when I'm on the floor using my mobile.  I don't really think this a great way to work, but it's not my show, so...
Reply  |  Post Message  |  Messages List  |  Start a Board

@Broadway0474- I'm with you. Depending on the task, it can be a longer derailment than the time it takes to look at the email. You have to get back into the mindset and restore certain things into short term memory.
Reply  |  Post Message  |  Messages List  |  Start a Board

vnewman, there is some crazy research on the problem of interruptions in the workplace --- something along the lines of it taking on average 40+ minutes (or something ridiculous) to resume a task after an interruption. According to that, it sounds like you never get back to the task at hand!
Reply  |  Post Message  |  Messages List  |  Start a Board

@David - I'm like Pavlov's dogs when I hear a new email ding.  I can't help myself.  I must look.  The suspense kills me.  I must know what it says.  Maybe it's lifechanging.  Maybe my life will be better if I read THAT email.

And most times, I must answer immediately.  I must get that off my list of things to do.  But all that does is give me MORE to do because until that email is answered, there's a brief work stoppage.  Replies beget replies thus creating more work!
Reply  |  Post Message  |  Messages List  |  Start a Board

@Broadway - Agree, agree, agree.  Much of it is CYA purposes - sad isn't?  Like in Office Space.  "My only motivation is not to get harrassed."

Having a real email client open 24/7? Yes, I do and it is set to get emails off the various servers every 15 minutes. I do not have a cell phone and I rarely give out my phone number, email is the best and most preferred way to get in contact with me. Response time varies depending on who sends me a message. Some I can and need to reply right away, but most sit there for a few days and plenty of messages do not end in a response. If there is no request for comment I do not see why I should give my 2 cents. That is my reason why a good chunk of emails are left unresponded to. Another reason is that I often get several emails from the same person. I tend to respond to all those messages in one response, but not if it is for business because there it does not help merging threads. If I want to boil an egg I get up and do that. I reserve the right to be not available for hours. Put that in your pipe you smartphone hogging folks!

Short responses...yes, but it depends who I am conversing with. I know of SMS, but SMS is by far more expensive than email and there are no free SMS services for desktop. See above, I refuse to spend hundreds each month on a data plan for a smartphone, too expensive of a toy. I do appreciate and typically add a proper thank you and address, but especially at work with mile long email threads I think we can do without it. We all know that we each appreciate the others contributions, but there are better ways to express that than a reply to all "Thanks! Have a great weekend!"....especially when it is early on a Thursday! Cutting out the niceties is not a matter of disrespect and lack of appreciation, it just keeps the email volume down. As nice as a 'thank you' is there is no additional information conveyed by it. If you think I did a great job send a note to my boss.

Most of my responses are more 47k words long. I constantly get dinged for not being concise enough. Others who email me are very concise and I constantly have to email them back to give me more details and above all context. Maybe it is just because I am old? Nah! It is because I know that others have gazillion things going on and it would be rather obnoxious to assume that they know what I am talking about when I write "I disagree with 2.1, it should be moved to its own dialog or be its own tab." So I add more context, but often get a response  "Agreed!". Great that you agree with me, but to what? The dialog or the tab proposal? Being concise is fine as long as the response still contains information rather than just data.

Kids are smart, email has so many benefits that are not matched by any other communication platform. And you can attach or (although I hate it) embed content other than text. Try that with SMS or tweets.

Email will be around and do well for a long time. It is easy to use, very versatile, very easy to index and search, very simple to pass on to others, easy to archive, and above all accessible from almost any platform and dirt cheap.

All in all this is an interesting article. It just clicked my mind that, these are the tasks that we do on a day to day basis. However I am surprised with the numbers.
Reply  |  Post Message  |  Messages List  |  Start a Board

5 words reply, this is unbelievable. In my experience I used to receive paragraphs and paragraphs as a reply.
Reply  |  Post Message  |  Messages List  |  Start a Board

@whoopty I agree with you. We used configure email in to our phone for easy access. By the way what will happen if you receive an urgent email?
Reply  |  Post Message  |  Messages List  |  Start a Board
Page 1 / 3   >   >>
Editors' Choice
Hot Topics

10 IT Trends to Watch for in 2021 Cynthia Harvey, Freelance Journalist, InformationWeek,  12/22/2020
White Papers
The Dark Side of SD-WAN
MPLS, SD-WAN and SASE
The Network for Whatever's Next; A CxO Guide
Five Reasons to Protect your VPN with Multi-Factor Authentication
Passwordless: The Future of Authentication