Sure, Silicon Valley is a hotspot for tech workers. But it's far from the only one, according to top tech recruiters. See if your town makes the list. 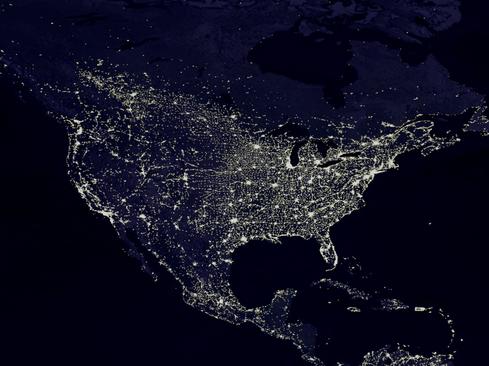 Pick a city, (almost) any city

Need an IT job? Go west... or east, north, or south. Sure, Silicon Valley may be the technology epicenter of the US and beyond. But IT isn't confined to the technology industry itself, even if the region's established tech titans and countless startups do, in fact, employ droves of tech workers.

IT-related hiring is on the upswing across the country in 2015, which helps explain why some of the fastest growing cities for IT jobs are in places like Raleigh, N.C.; Hartford, Conn.; and Denver, Colo. Tech jobs site Dice recently shared with us year-over-year data (January 2014 to January 2015) on some of the hottest markets. Among metro areas with at least 500 jobs listed on Dice, these are the five regions that saw the greatest job-growth increases for the 12 months ending Jan. 31, 2015:

"With respect to Raleigh, Hartford, and many other cities, one of the key underlying drivers is that every company is turning to technology [and] leveraging mobile, social, big data, cloud, and security-related services," said Dice president Shravan Goli in an interview with InformationWeek.

Indeed, demand for IT pros with expertise in what recruiting firm Eliassen Group refers to as "SMAC" technologies -- social, mobile, analytics, and cloud -- is driving hiring growth in cities nationwide. "We are seeing that the mid-Atlantic region (Washington, Virginia, and Maryland), Colorado, and Texas are on the upswing for IT workers in 2015," Todd Collier, Eliassen Group VP for recruiting, told InformationWeek.

While the general sentiment among recruiters and hiring managers is that there will be widespread demand for some common technologies and skills -- security, mobile, big data, and cloud, to name the current heavyweights -- regardless of location, there will also be some regional nuances. Collier noted that there's a particularly strong demand for IT pros that work on consumer-facing mobile and Web applications in Eliassen's aforementioned hot markets. "In particular, our clients in those three regions are looking for UX and UI designers and developers and are paying substantial salaries for those who have a high degree of proficiency and capability," Collier said.

Similarly, while IT hiring demand is being driven by a wide range of industries -- not just the tech sector itself -- there are market differences, too. Texas, for example, has been home to tech scenes in several of its cities for quite some time, but other sectors have joined the hunt for IT talent there, too.

"The healthcare and finance industries are having a big moment in Dallas, with mobile, big data, and software development trending in the job market," said Laura McGarrity, VP of digital marketing at recruiting firm Mondo in an interview with InformationWeek.

Recent hiring surveys from the likes of Dice and industry association CompTIA should inspire some optimism among IT jobseekers -- almost regardless of location -- in the months ahead. Goli of Dice noted that his firm's most recent poll found three in four hiring managers plan to hire IT pros in early 2015 -- an all-time high in the recurring Dice survey.

"In general, tech is hot across all industries," Goli said. "Companies are eager to land top tech talent in a competitive marketplace with a narrow talent pool."

Read on for the 10 cities where IT hiring is heating up. No doubt, there are others, too, as employers, state and local governments, and grassroots organizations look to develop, attract, and retain IT talent in places like Chicago and New Orleans, cities haven't necessarily been synonymous with tech in the past. Don't see your town on this list? No worries -- tell us what's great (and not-so-great) about the IT scene your city in the comments section below.

@kstaron true, an upswing is good news for the industry and those who work in it.
Reply  |  Post Message  |  Messages List  |  Start a Board

Surprised to see Hartford on the list. I've seen a few of these cities (Portland, Denver, Boston) on lists of places that are just enjoyable places to live as well. Shouldn't be too hard to lure aspiring IT pros to these up-and-coming tech areas, especially those promising higher salaries.
Reply  |  Post Message  |  Messages List  |  Start a Board

I'm in NY myself, but I find it amusing that Baltimore is conflated with Washington. True, they're not terribly far apart, but they're hardly the same city -- not even the same state, as Washington is not part of Maryland.
Reply  |  Post Message  |  Messages List  |  Start a Board
InformationWeek Is Getting an Upgrade!

More Informa Tech Live Events
Getting SASE: What Every Enterprise Should KnowEnd to End Automation: A Game Changer for Improving Workforce EfficiencyDetecting and Stopping Online Attacks