10 Most Reputable Tech Companies in the US - InformationWeek

See which companies top the list, and which ones didn't make the cut, in the Reputation Institute's 2015 US Technology RepTrak. 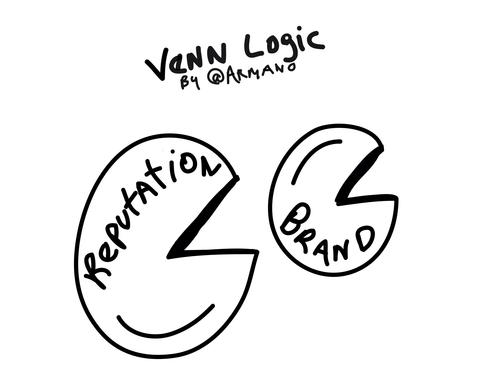 The Reputation Institute has announced its annual list of the 25 most reputable tech companies in the US. We're highlighting the companies that made it into the top 10 on The 2015 US Technology RepTrak. It's a set of companies that is very different than the list that we posted a few months ago of companies where IT pros most want to work. Clearly, a company's reputation among IT pros is not the same as the reputation it has among the general public.

The Technology RepTrak rankings are drawn from a larger survey that also provides ratings used in the organization's overall 2015 US 100 most reputable companies. For its overall rankings, the Reputation Institute surveyed 50,000 people in first quarter 2015 and received a total of 80,000 ratings (respondents were allowed to rate more than one company). Business-to-consumer and business-to-business tech companies were evaluated. In addition to the technology section and the US 100, the survey was also used to compile reputation rankings for US businesses in the consumer goods, industrial, healthcare, and hospitality industries, among other sectors.

The survey asked respondents to rate companies in seven categories: products/services, innovation, workplace, governance, citizenship, leadership, and financial performance. The Institute considers these seven categories to have direct influence on the profitability of a company because they affect a customer's decisions to buy their offerings or invest in the company. Scoring high in these categories also helps a company weather a crisis or inspire a recommendation from a customer, according to the Institute.

The Reputation Institute makes some interesting choices for its list of most reputable tech companies. For example, although Amazon.com is ranked No. 1 on the overall US 100, it's not included at all on the list of top tech companies. Similarly, Netflix, which ranks at No. 15 on the US 100, seems to belong on the tech list. Granted, it is harder and harder these days to find a company that isn't, on one level, a technology company. But these two especially seemed like odd choices to leave off a list of tech companies. With its Amazon Web Services, at least, Amazon is a technology services provider.

There are also big tech names that didn't make the cut of the Top 10 technology companies, including Apple, which was ranked No. 21 in technology and No. 187 on the US 100. Apple scored high on product and innovation, but received low scores for corporate citizenship and governance. This may hint at a decline for Apple in the long run, especially when you see that their major competitors in mobile are all ranked in the top 10.

One thing you'll see in the list of 10 most reputable tech companies is that some of InformationWeek's favorite targets for criticism are highly ranked, causing me to wonder if there is a delay in the public's understanding of where a company fits at a given moment. In fact, some companies on the list that seem…old school. Check out the Top 10, and tell us whether you agree with the names on the list, and how you would change it.

I take objections to "The average consumer knows their HP printer works."  HP printers worked well, especially the workhorses that are 10 years or older.  However, for the newer ones, especially the color Laserjets for small and home offices, there were plenty of failures.  After mine failed after the first toners replacement, I swore to never buy another HP printer.  Recent HP troubles do not inspire confidence either.