4 comments
Comment Now
Driverless cars are just the beginning. Take a look at the robots we will depend on for health, work, and entertainment. 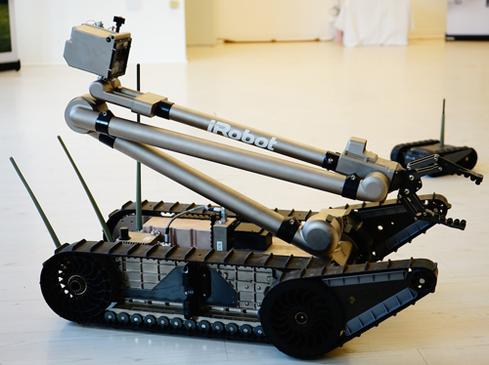 Roomba on the battlefield
The line between remote control and autonomy can be blurry. Take the uPoint Multi-Robot Control (MRC) system announced in October by iRobot Corp., the company best known for its Roomba line of autonomous vacuums. uPoint MRC, a universal control system for iRobot's line of defense and security robots, combines elements of autonomous direction with an Android-based app for operator remote control. The system will go on sale in the second quarter of 2015.

@mak63 yes, for carpet, you need the Roomba, which has been around for several years, but still costs 3 figures.
Reply  |  Post Message  |  Messages List  |  Start a Board

Robots are getting pretty cheap nowadays, especially if robotic floor cleaners qualify. O-cedar has a sweeper model that sellf for under $24.  It's favored by pet owners who get tired of sweeping up hair.
Reply  |  Post Message  |  Messages List  |  Start a Board
InformationWeek Is Getting an Upgrade!