Sure, running an NBA team can be fun and exciting, but here are the real reasons former Microsoft chief Steve Ballmer paid $2 billion of his own money for the franchise. 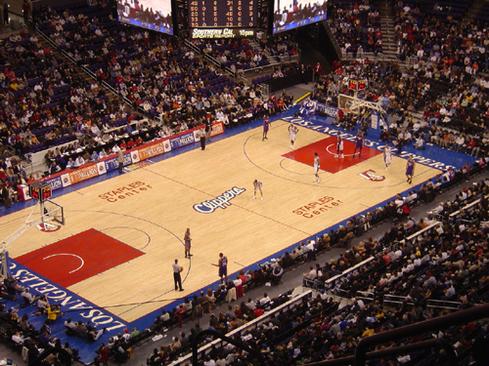 Steve Ballmer cut his official ties with Microsoft on Aug. 19, giving up his seat on the company's board of directors to focus on other commitments, mainly his ownership of the NBA's Los Angeles Clippers.

In an open letter to Satya Nadella, who succeeded Ballmer as Microsoft CEO in February, Ballmer said he's backing away from the company amid the rigors of the upcoming NBA season and his civic and teaching duties. Ballmer noted that he's still Microsoft's largest shareholder "other than index funds," emphasizing that he remains committed to the company he served for 34 years.

"Count on me to keep ideas and inputs flowing," he wrote. "The company will move to higher heights. I will be proud, and I will benefit through my share ownership."

A day before he stepped down from Microsoft, a gesticulating, screaming Ballmer (is there any other kind?) led a "fan festival" at the Staples Center that included players, coaches, local politicians, and thousands of Clippers faithful. "We're going to be bold," Ballmer, whose $2 billion acquisition of the basketball franchise was approved by the NBA on Aug. 12, told the frenzied crowd. "Bold doesn't mean everything changes. Bold means you're willing to take risks… If you're not being bold, you're being timid."

Ballmer, however, wasn't so public about what attracted him to the Clippers in the first place. And so we reveal, in descending order, the top 10 secret reasons for his bold acquisition. Click through for a few surprises.

Well done, Rob! This was hilarious, and could have made it onto Letterman IMHO. You had me laughing out loud by No. 5.
Reply  |  Post Message  |  Messages List  |  Start a Board

Maybe this is all a ruse to bring back disgraced MS Office virtual assistant, Clippy. The Clippers become the Clippys. How long would Clippy last as a mascot before getting beaten to a pulp by fans?
Reply  |  Post Message  |  Messages List  |  Start a Board

Blake Griffin may not like this list, and No. 8 isn't bad, but I like No. 1. Who'd you rather seek to unseat: Google or the Lakers? In the Laker's current state, the Clippers may have a shot at becoming the darlings of LA. The Clippers and the Warriors may become the hottest in-state rivalry. (Ah, after baseball season).
Reply  |  Post Message  |  Messages List  |  Start a Board
InformationWeek Is Getting an Upgrade!