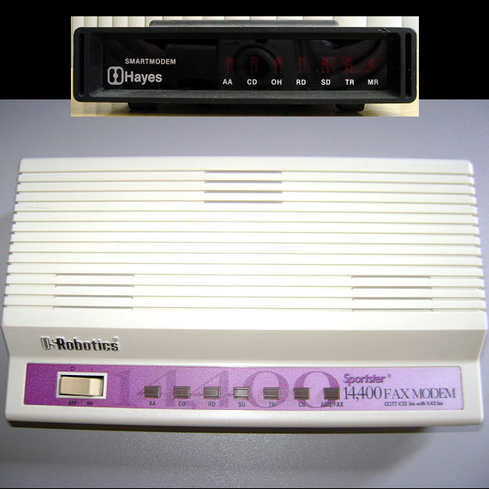 Baud
The terms "baud" or "baud rate" are rarely heard these days, but in the 1980s manufacturers used them to measure data transmission speeds of dialup modems. "Baud" describes the maximum oscillation rate of an electronic signal, according to TechTerms.com. If a signal changes 1,200 times per second, for instance, it's measured at 1200 baud. As modems gained the ability to transfer multiple bits per signal transition, the term "bits per second" began to replace baud in marketing nomenclature and is still used today -- think "megabits per second" (Mbit/s) -- to describe broadband speeds.

CompuServe is a great example of a term that will prompt blank stares. We didn't even get into classic electronic games here: I felt really old the day I mentioned Simon and Merlin and one of the reporters on our team had never heard of either one.
Reply  |  Post Message  |  Messages List  |  Start a Board

Now I feel old. The only technology I never encountered was punch cards.
Reply  |  Post Message  |  Messages List  |  Start a Board

I can't think of anything on this list that it would be important for millenials to know. For what purpose? (Other than communicating with geezers)
Reply  |  Post Message  |  Messages List  |  Start a Board
InformationWeek Is Getting an Upgrade!