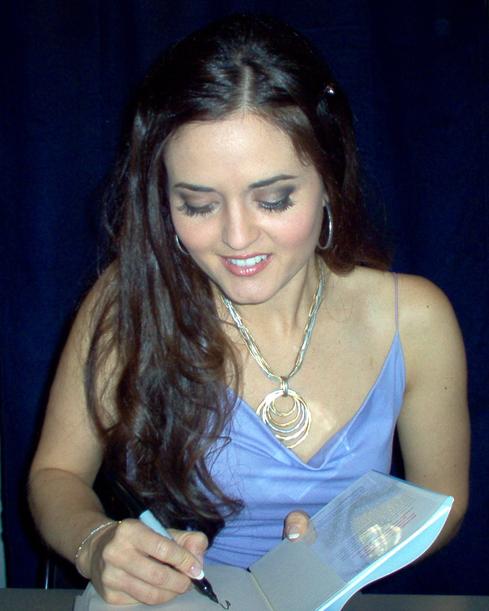 You might know her from her role on The Wonder Years, but actress Danica McKellar has a new use for her time -- getting girls to develop a love for mathematics.

McKellar discovered her own passion for mathematics as an undergraduate at UCLA, where she collaborated with a professor and classmate to prove a new mathematical formula called the Chayes-McKellar-Winn theorem. After graduating with a math degree, McKellar decided she wanted to motivate other young women to pursue math. To do so, she writes entertaining math books aimed at girls in grades 5-12.

Transformers would be a subject I would acquiesce to her knowledge.  It is not my area of expertise.
Reply  |  Post Message  |  Messages List  |  Start a Board

And can I just say that my special love for Mila Kunis only grew ten sizes when I realized she was a gamer geek. Between that and her Bourbon ads I'll forever be smitted. Darn you, Aston Kutcher!
Reply  |  Post Message  |  Messages List  |  Start a Board
Page 1 / 2   >   >>
Editors' Choice
Hot Topics

CRM Trends 2021: How the Pandemic Altered Customer Behavior Forever Jessica Davis, Senior Editor, Enterprise Apps,  2/18/2021
White Papers
Why Add Security to Your Skill Set and How to Do It
Sunburst: Impact and Timeline
Are We Cyber-Resilient? The Key Question Every Organization Must Answer
Balancing Hybrid Storage as Part of a Hybrid Cloud Data Management Strategy
Building the SOC of the Future