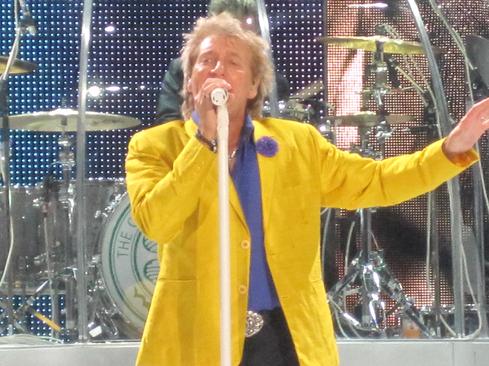 It might seem like rock stars and model train sets go together like smartphones and water parks, but Rod Stewart will happily prove otherwise. Stewart keeps a model train set in his home. Every three years, he appears on the cover of Model Railroader magazine, which he claims "is better than Rolling Stone." Stewart is well-known among the modeling community for his 1,500-square-foot scale model of New York's Grand Central Station circa 1940, which he constructed on a road tour.

Transformers would be a subject I would acquiesce to her knowledge.  It is not my area of expertise.
Reply  |  Post Message  |  Messages List  |  Start a Board
Editors' Choice
Hot Topics

Northwestern Mutual CIO: Riding Out the Pandemic Jessica Davis, Senior Editor, Enterprise Apps,  10/7/2020
White Papers
DevOps for the Database
Understand the State of Email Security with the Ultimate Cloud Email Security Expert
Worried About SaaS Misconfigurations? You Should Be.
Account Takeovers - How Organizations Try to Prevent Them & Why it's Not Enough
Guide to Online Security During Unstable Times