1 Comment
Comment Now
In honor of Black History Month, we highlight the achievements of 11 pioneers and innovators in the field of science and technology. 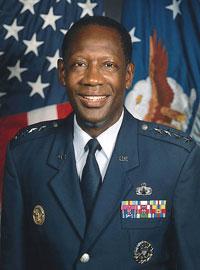 Gen. Lester L. Lyles is the former Commander of the US Air Force Materiel Command, a division responsible for the USAF's Research and Development, Science and Technology, Test, and Logistics Support.

Before he became commander, General Lyles was the USAF Vice Chief of Staff and Chief Technology Officer, and prior to that held several leadership positions across the Air Force. After his retirement in 2003, he went on to lead companies, including General Dynamics and KBR Incorporated. He currently serves as chairman of the board of the United Services Automobile Association (USAA).

He is also an accomplished engineer, having earned awards including the Astronautics Engineer of the Year (National Space Club) and NASA's Distinguished Public Service Medal for serving on the President's Commission on Implementation of United States Space Exploration Policy. In 2009, he was appointed to the President's Intelligence Advisory Board.