How do your IT skills stack up against the ones with the greatest market demand? Here's what our experts have to say. 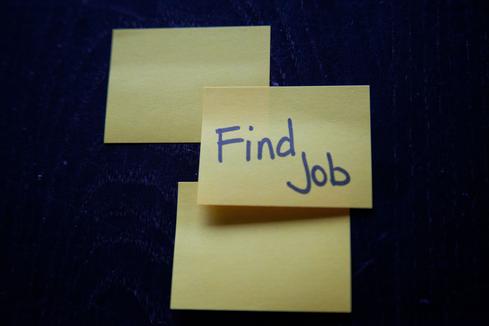 The technology world loves its buzzwords, no doubt. If you dig through the hype and hit upon the substance that lies beneath, however, you might be onto career-building gold.

Take DevOps, for instance: It's been among the buzzier terms in and around IT lately. But if you go deeper than the surface, and take note of some of the skills and technologies that DevOps environments increasingly need and make use of, your list will begin to look a lot like the lists that hiring managers and recruiters put together when seeking new talent.

Consider the configuring and provisioning automation tool Puppet, for example, or project management and issue tracking application JIRA. Neither one of these is a "DevOps tool," per se, but they are both increasingly found in DevOps environments, or ones that simply run on Agile development or comparable "continuous delivery" methodologies.

Tech job site Dice gave InformationWeek a rundown of the IT job skills that have seen the greatest increases in the number of open positions listed on its site from January 2014 to January 2015. These are drawn from any category with at least 1,000 positions listed. JIRA has seen a 69% jump in the number of listings in that time period, while Puppet saw a 67% increase, making them two of the site's top three fastest-growing tech skills areas.

In other cases, as with security -- the No. 1 fastest-growing tech skills area, according to Dice -- the hype itself may be a key indicator of job market and hiring trends. The security field continues to dominate headlines. The Anthem breach is just the latest in a long string of high-profile security incidents. So, it should surprise exactly no one that security skills will be in very high demand in 2015 and beyond.

Dice makes a distinction between two closely related security terms. It defines "cyber-security" as focusing on defending assets, such as networks and endpoints, from threats like denial-of-service attacks or malware, and "information security" as focusing on protecting data and privacy. In either case, hiring demand is way, way up: Cyber-security is the No. 1 fastest-growing skill area on Dice, up 91% in listings from January 2014 to January 2015. Demand for Information security skills increased 48% during the same period.

"Skill [and] technology popularity is very reflective of current events," said Dice president Shravan Goli in an interview with InformationWeek. "The multitude of security breaches that we have seen in the past few years has caused companies to want to be extra-cautious. That is, in part, why professionals with security skills, such as cyber-security or information security, are in such high demand."

Security is one of the hottest fields for IT recruiters this year. "Security is a huge issue. Mobile and cloud computing is everywhere," said Laura McGarrity, VP of digital marketing and recruiting firm Mondo, in an interview with InformationWeek. McGarrity lists "security architect" and "security engineer" among her most sought-after titles this year. "Users are now connected on multiple devices, with multiple endpoints, making it tough to manage security risks.

If you want to ensure your skills stay sharp, it certainly pays to keep tabs on emerging and, dare we say, trendy technologies, as well as on the technology news headlines. That doesn't mean every marketable IT skill is a buzzword. In fact, far from it. Java developers are still highly employable. (The language remains ubiquitous in enterprise IT.) Ditto for those with Web development and open source skills. Yet, it can be extra beneficial -- and potentially lucrative -- to round out these "old" skill areas with newer technologies.

Tom Renda, VP for the New England region at recruiting firm Eliassen Group, told us that developers who've added Hadoop experience to their resumes aren't hurting for job prospects these days. "Open source developers, Java developers, and Web developers are all in high demand. When they have Hadoop experience as well, they are highly sought after in the big data and analytics space."

Read on for 15 of the hottest skills and technologies that IT employers want in the next 12 months (and beyond). We tried to be as specific as possible. For example, while "software developer" tops just about everyone's list of in-demand IT skills, it's a bit broad. On the following pages, you'll see above each image the specific technologies, skills, or sample job titles, with details on the broader job category appearing below the image. Got your own predictions, or on-the-ground experiences? Share them with us in the comments section below.

@ PedroGonzales it is always better to get the training that suits your current job. It will definitely help you to add more value to what you do.
Reply  |  Post Message  |  Messages List  |  Start a Board

@ shamika.  A while ago. I tried to take some classes on big data, but it requires a strong foundation on math and statistics which I do not have.  The learning curve will be too high for me to catch up.  I think I rather focus my training on other IT areas benefit more.
Reply  |  Post Message  |  Messages List  |  Start a Board

@PedroGonzales. I agree with you. These trainings are based on where we stand. The training needs can be changed based on their skills set and current job we do.
Reply  |  Post Message  |  Messages List  |  Start a Board

In my understanding project management has become a vital skill for IT staff. With the new "agile" concept this has become more important.
Reply  |  Post Message  |  Messages List  |  Start a Board

Security, iOS development and Analytics seem to be the top three skill demands as of late. The list keeps expanding and it is hard to keep up. I try to go to all trainings and seminars that are offered to keep my skills fresh.
Reply  |  Post Message  |  Messages List  |  Start a Board

Its the classic "chicken-or-the-egg" scenario isn't it? What your really need is the experience to start off with but in much smaller doeses than college level "training". Training is best when you have some experience already. Your looking at IT through a foggy old lens or what academics have been telling you for years: Training, training, training. IT is only partially trainable. The majority of skill is actually picked up by apprecenticeship and trial-and-error learning.

Still you have to make your own opportunities to break into this field. Stop looking strictly to acamedics for career advice.

I think these are all important skills.  The challenge will be where one can get the necessary training the various areas.  I think it is important to determine once strength and build once portfolio to be best possible candidate for these positions.
Reply  |  Post Message  |  Messages List  |  Start a Board

Analytics is going to be in a lot of demand for the foreseeable future. The skills that are in demand at the moment can only be isolated and identified using analytics and as long as the economy keeps on evolving, analytics' role will continue to be everywhere. A producer/farmer needs to use analytics to determine for instance, if potatoes should be produced or corn. Likewise, if an individual is looking to acquire new skills then, analytics will need to be employed to determine if SQL is required or Hadoop.
Reply  |  Post Message  |  Messages List  |  Start a Board
Editors' Choice
Hot Topics

Communications & Collaboration: 2024 (March 9-10)The Future of Authentication - Interop Digital April 29Network Security for 2021 and Beyond (April 29)