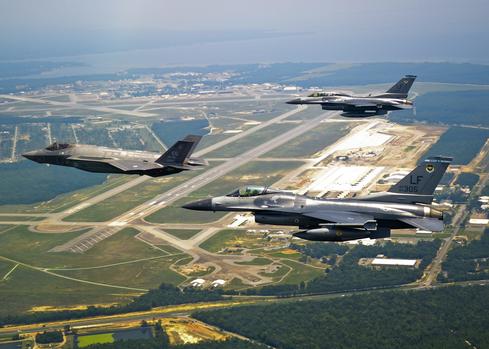 Another DARPA robotics program Scheuermann has been involved in? Mind control. After all, prosthetic limbs are great, but who needs them when you can use telekinesis?

Indeed, neural signaling reportedly represents "the heart" of DARPA's research in this area. Accordingly, Scheuermann told researchers that she wanted to use her cyborg talents to fly a simulator of the Pentagon's newest and most expensive fighter jet: the F-35 Joint Strike Fighter.

Using the same two electrode grids implanted into her brain in the 2012 operation, and nothing else but the power of her brain, Scheuermann was able to successfully pilot the simulation.

Oh, and you'll be comforted to know that Scheuermann has been tolerating the electrode implants in her brain "very well," according Prabhaka.

As for bionics, I think people are inclined to the same prejudices they have against robots. They think the machine can gain sentience and behave outisde it's programming - again, because of too many bad movies. It just doesn't work that way. In this case, the machine works via rigorous mapping to the muscle (etc.) controls we already have in our body. It's a combination of existing technologies working together. Even knowing that, the extent and variety of the tasks accomplished was amazing to me - one linked video showing a 3D simulation not unlike an Oculus Rift was particularly impressive. Now, about Mark Wahlberg being The 6 B/Million Dollar Man? I've never watched a single episode of the original in my life, but somehow I'm still certain he's the wrong man for the job. Maybe if we replace him with a better, stronger, bionic Mark Wahlberg.
Reply  |  Post Message  |  Messages List  |  Start a Board

60 Minutes has run stories about the replacement limbs and how advanced they are. One episode talked about the fact that the replacements are so good and helpful that they put one-legged runners at an advantage over two-legged, normal runners. Very interesting.
Reply  |  Post Message  |  Messages List  |  Start a Board
Editors' Choice
Hot Topics