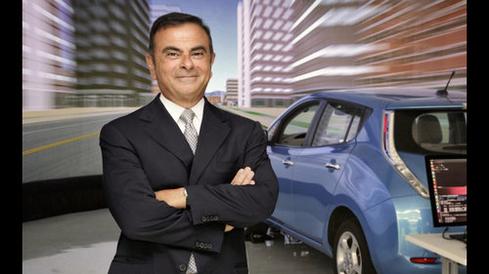 Renault-Nissan said that, starting in 2016 (assuming it gets blessing from regulators), its cars will be able to drive themselves in stop-and-go traffic. The company's chairman/CEO Carlos Ghosn (above) was at MWC touting the vehicles. This not only gets rid of a major nuisance, but should help traffic and reduce accidents. No one wants to get stuck in traffic, but if you are, wouldn't it be much nicer to get to take your hands off the wheel, read the paper, or listen to music while your car handled the brake tapping?

It might get you through faster, too, because studies have shown that traffic often slows down simply because of the wave effect of minor slowdowns along the road. When one person taps his or her brakes, the person behind does the same by habit, and the next one as well. The study shows each braking effect is multiplied, so a car often ends up stopping because a car a mile ahead of it tapped its brake for a second. A computer is less likely to respond to a brake-tapping in front of it when it doesnt have to. In this way, automated cars could dissipate a wave effect and prevent an entire line of cars from stopping because of one person's brake-tap. All of that adds up to safer, more predictable traffic and fewer accidents. It also means we'll be seeing states wrestle with driving-and-texting laws since texting while your car drives for you should be perfectly safe.

As for DWI, I think none of that matters until we get fully driverless cars. Since the cars until then will require a driver for some aspect of the driving, you still have to stay sober. As soon as we go driverless, you are just riding. I assume the MADD people will get jobs for another good cause.
Reply  |  Post Message  |  Messages List  |  Start a Board
InformationWeek Is Getting an Upgrade!