6 Habits Of Unsuccessful IT Pros - InformationWeek

Watch out for these career sinkholes -- and learn how to recover if you've fallen into one.

10 IT Job Interview Phrases To Make You Run
(Click image for larger view and slideshow.)

Career stuck in the mud? It might be time to take a peek in the mirror to figure out what's going wrong.

When IT pros think "mistake," they usually think in technical terms: The bugs in your code, the "whoops" moments in a production environment, the obvious-in-hindsight security hole -- these things can and do happen. But technology mistakes, unless they're of the catastrophic, time-to-find-a-new-gig variety, are usually pretty straightforward. Recognize the error, fix it, learn from it, and move on.

The more common symptoms of career self-sabotage, according to engineer-turned-recruiter Steve Levy, all lead back to a simple diagnosis: You.

Levy, who's head of global recruiting at the open source video platform Kaltura and helps moderate the Open Mic Career Chat on Twitter, is fond of noting that people don't put their humanity -- and all the good, bad, and downright ugly tendencies that come with it -- on hold when they arrive in the office. People remain people, and plenty of career pitfalls are created by that simple fact. Avoiding them is often an exercise in being honest with yourself, even when it's an unpleasant task. The core problem, according to Levy: The requisite self-awareness and self-honesty are often lacking in the IT pro tookit.

[Here is another question to ask: Do You Work In The Technology Ghetto?]

"It's the things that IT folks, technical folks, typically don't want to address," Levy said in an interview. "But these things that are really relationship-focused are the ones that will make or break your career." 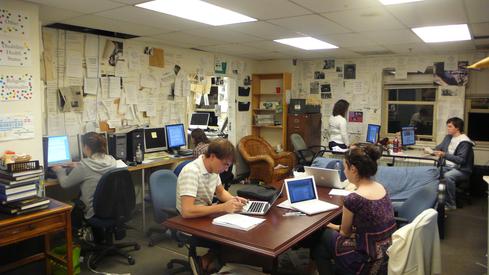 Let's look at six potentially major mistakes IT pros should avoid and consider some fix-it strategies if the damage, even when it appears minimal, has already been done.

1. You have no filter.
You've heard the World War II-era saying: "Loose lips sink ships." In today's era, where multitasking -- or maybe the more accurate term is overtasking -- is the norm and the average IT pro might have a phone call, their email inbox, instant messaging, and social media all going simultaneously across at least two (and probably more) screens, loose lips sink careers. You need to be thoughtful and conscientious about what you're saying, writing, tweeting, texting, posting, and so forth -- and where you're doing it. Levy points out the too-long list of corporate Twitter fiascoes caused either by bad judgment or avoidable error, such as someone with multiple social profiles accidentally posting to the wrong one and embarrassing themselves and their employer as a result.

Levy invoked another adage, this one courtesy of carpenters, by way of advice for the foot-in-mouth crowd: Measure twice, cut once. This comes in especially handy any time human emotions run even a degree or two higher than when, say, you're sound asleep.

If you've already stuffed a foot into that loud, giant mouth, the best repair strategy is usually to apologize privately and appropriately. Then stop talking for a while.

"If [you're in] a foot-in-mouth situation, the last thing you want to do is keep talking," Levy said. "It's usually because you're talking too much."

2. You're a bit too chummy.
Be friendly, be polite, be kind -- they're all fine attributes that, let's face it, the world could use more of. But beware of becoming too "buddy-buddy" with people in the office. Like a lack of filter, acting like a friend rather than a colleague around the wrong person can give the wrong impression.

"There is a pecking order in every organization, and you need to know what it is," Levy. Know who you're communicating with and, when in doubt, button up. Cracking even an innocuous joke in front of someone who doesn't want to banter in the office, for example, is high-risk and low-reward.

3. You don't do what you say.
While applicable across age groups, this one might be especially important for recent graduates and other early career IT pros. "You have to follow through," Levy said. He acknowledged it sounds obvious, yet is amazed how often it's an issue. Over-promising, procrastinating, or just plain punting

Great insight, and I'm not sure it even has to be Facebook that soaks up your extra time -- we can also spend too much time on legitimately work-related digital communication channels, like internal email, social networks, etc. Those are indispensible tools, but they'll also soak up as much time as you give them.
Reply  |  Post Message  |  Messages List  |  Start a Board

It's hard to generalize about advice on communicating with managers. People have different levels of maturity, different pressures...Take what you can use here and personalize it for your situation.
Reply  |  Post Message  |  Messages List  |  Start a Board

I have a bit of a different perspective w/ #6... The vast majority of cases I've seen of people seriously not getting along with the boss have involved 1) an employee who was truly an incompetent, horrible person or 2) unlawful employment discrimination, sexual harassment, and or other unlawful activity by the employer.

In the case of the latter, talking with the boss about it seems to be inviting even more trouble -- especially in my experience as an attorney who has dealt with these matters.

And in the case of the former -- well, a truly horrible, incompetent employee isn't going to think that they're the problem, anyway...and they'll be fired soon enough.
Reply  |  Post Message  |  Messages List  |  Start a Board

I'd say this list is suitable for any type of professional. For IT I'd add "doesn't match technical skills to the job description." Yes, some tech skills are more in demand and, thereforce, pay more, but if you don't really have them, don't be a pretender. Even if you're skills are aligned with the jog, you have to stay "plugged in," as the aritcle advises keeping up with the latest skills and trends in your domain.
Reply  |  Post Message  |  Messages List  |  Start a Board

"Too chummy" is rarely mentioned on these kinds of lists, so I'm glad you included it. I think it's Ok to let your guard down and be friendly with colleagues and managers. You will have a rapport that'll lead to better communication overall. But it's a fine line. You can run into trouble trying to be everyone's buddy, especially if you're a manager. Employees may feel misled, even betrayed, when you suddenly turn serious on them. I suppose the best policy is "be yourself but know your audience." What do others think? At what point does chummy become unprofessional?
Reply  |  Post Message  |  Messages List  |  Start a Board
InformationWeek Is Getting an Upgrade!