Larry Ellison recently turned 70, and you've no doubt been scratching your head over what to get for the man who could buy anything -- along with the country it came from. Here are a few suggestions.

Oracle co-founder and CEO Larry Ellison turned 70 recently, a milestone that must be marked with a gift. But what do you buy a man who is listed by Forbes as the third-wealthiest man in America and the fifth-wealthiest person in the world, with a net worth reported at $48 billion?

Ellison owes the bulk of his wealth to his years leading the company he co-founded as Software Development Laboratories in 1977. After a brief stint as Relational Software, the company was renamed Oracle in 1982. It went public in 1986, when its annual revenue was $55 million. That figure is well below Ellison's annual compensation these days, but then, Oracle has turned into a $37-billion-annual-revenue behemoth.

Ellison's total haul was nearly $153 million in 2013, making him one of the highest-paid execs in the US, but it also sparked a bit of a backlash. For two years in a row, Oracle shareholders have opposed the company's executive compensation plans, so the company's compensation committee has responded by cutting Ellison's salary to $1, reducing his cash bonus, and this year more than halving the real annual prize by cutting stock option grants from 7 million in 2013 to 3 million for 2014.

Don't cry for Ellison. He already owns it all, including fancy mansions in Malibu, Woodside, and Rancho Mirage, Calif.; an estate in Newport, R.I.; and fleets of fast cars, private jets, and fancy yachts. To top it all off, Ellison bought Hawaii's sixth-largest island, Lanai, in 2012, reportedly paying between $500 million and $600 million.

Even at age 70, Ellison shows no sights of slowing down, and there's no talk of retirement. His interests extend beyond Oracle, with hobbies famously including America's Cup yacht racing and flying (he owns a decommissioned Russian Mig-29). He owns a majority share of NetSuite and has stakes in Salesforce.com, Quark Biotechnology, and Astex Pharmaceuticals.

In 2010, Ellison joined Warren Buffet's Giving Pledge, a campaign to get billionaires to donate the majority of their wealth to charitable causes. More recently, Ellison, who has been married and divorced four times, helped his girlfriend, the animal activist and philanthropist Nikita Kahn, raise more than $600,000 for the California Wildlife Center. He previously funded the Ellison Medical Foundation, which supports biomedical research on aging and age-related diseases and disabilities.

Alas, we can't grant Ellison immortality or give him monopoly control over the database and enterprise applications markets, so what birthday gift could we possibly bestow? Here are seven ideas we thought he might like.

Hasso Plattner bobblehead doll
Ellison and Hasso Plattner, chairman of SAP, were on friendlier terms way back when, but that was before Oracle introduced financial applications in the late 1980s that became the Oracle E-Business Suite. Relations went from bad to worse in 2005, when Oracle acquired the ERP vendor PeopleSoft and, with it, JD Edwards. SAP customers still use Oracle's database more than any other, but SAP has been trying to take a bite out Ellison's business with its Hana in-memory platform and Sybase ASE.

We think Ellison would enjoy seeing Hasso's head bobbing up and down on the dash of his Audi R8 or swaying in the breeze on his 288-foot ship Masashi, as if saying, "Yes, Larry, we know we'll never beat you." 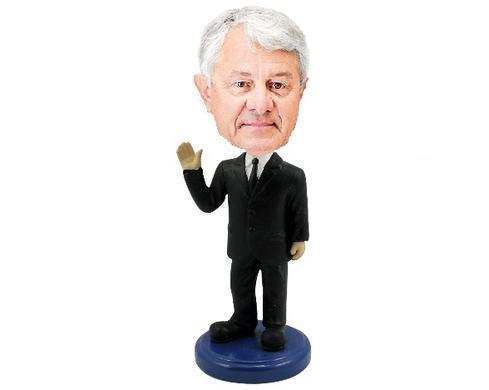 The shrunken head of Bernie Schmelvin
Bernie Schmelvin, a lawyer with the firm of Dewey, Missim & Howe, drew up Marc Benioff's Oracle noncompete agreement back in 1998, before Benioff left to launch Salesforce.com. I guess you can't blame Bernie for not foreseeing the possibilities for cloud computing back then. But Bernie also wrote a Swiss-cheese noncompete clause for John Wookey, who joined SAP a few years ago before moving on to Salesforce.com. You had it coming, Bernie. Rest assured, we took extra care to preserve your toupee. 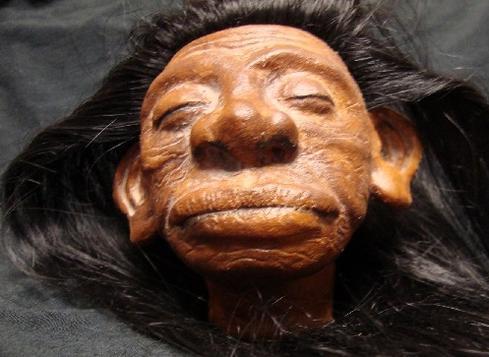 Sumner Redstone superhero poster
Succession planning is for sissies. Ellison intends to follow in the footsteps of his corporate hero, Sumner Redstone, who at age 91 is still chairman of the theater chain National Amusements. Redstone also happens to have majority control over CBS Corporation, Viacom, and

@Doug: Larry as the Travolta dance double is pricelesss. I had no idea he was so talented. <grin>
Reply  |  Post Message  |  Messages List  |  Start a Board

It would be nice, Doug, if you could find someone to cut down those 3 pesky Redwoods and the Acacia tree on the nieghbor's lot that block the view of the bay from Larry's Pacific Heights home. They were nearly trimmed by an unidentified crew before the last America's Cup, The crew claimed to have been given the wrong address with their tree trimming assignment, but then, dang it, the neighbors, Bernard and Jane Von Bothner, came home and interupted the job. It wasn't clear who they were working for, according to a report in 2011. Oh wait, the next America's Cup won't be on San Francisco Bay, will it. Nevermind.
Reply  |  Post Message  |  Messages List  |  Start a Board

Why drag down to the Moscone Center and hang with the hoi polloi yet again? We think Ellison would love a life-like Larry Ellison Replicant (we won't call it an "Android," because that's kind of a sore spot). He can program in a few rehashes of the Oracle Database In-Memory announcement and a few competitor jabs and, bingo, it can deliver this year's Oracle OpenWorld keynote.
Reply  |  Post Message  |  Messages List  |  Start a Board
Editors' Choice
Hot Topics