56 comments
Comment Now
Thanksgiving is about giving thanks, remember? So, let's express appreciation for the technologies that make our lives better. These are the gadgets, apps, and tools that have earned our eternal gratitude. 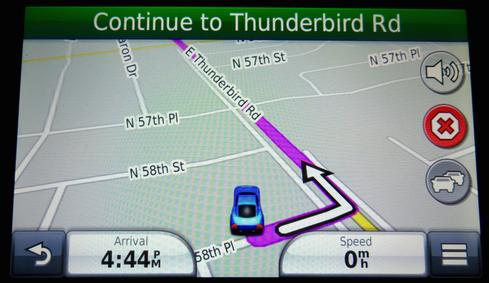 Before GPS devices were affordable, we used paper maps and travel guide books, all of which perpetually were out of date. Maps would never fold up into a nice, neat package after you initially unfolded them. Also, because you couldn't read a map while driving, they were completely useless to a car driver who lacked a human navigator in the front passenger seat. ("Honey, I think that was our turn.")

Plus, paper maps trapped us into a single route (which might be a metaphor for our lives as well). I grew up taking vacations based on AAA Trip-Tiks, which gave turn-by-turn directions. They were wonderful at, say, helping my parents find a campsite two states away. But if a construction delay forced an alternate route, you were utterly lost. You didn't dare stray from the highlighted path because you had no idea how to return. So much for serendipity.

Now, you and I blithely follow directions to an obscure BBQ restaurant in a dodgy neighborhood, trusting that the GPS will return us to our hotel safely, even if we mistake Exit 11-B for Exit 11-A. Yes, life is better.

There are plenty of technologies and tools that build on GPS that I appreciate, too. Among them are location-based review sites such as Yelp ("Find a Jewish deli near here."), Uber ("Where's the car? It should be here by now  Oh, the map shows it three blocks away."), mobile apps that help me find the closest bank ATM, and flight-tracking software that alerts me when a plane is arriving late.

Esther, what a wonderful collection of technologies! I am particularly grateful for wireless technologies without which I wouldn't be able to lead the kind of life I lead today, somehow of a digital nomad working from here, there, and everywhere across cafés, cities, countries. Like you, I am very grateful for the Word Processor and for the Internet, with all the knowledge and information it brings to my fingerprints. I am also grateful for claud storage. -Susan
Reply  |  Post Message  |  Messages List  |  Start a Board

What a great list that I am truly thankful for every day! Technology does make so much of our lives more enriching and entertaining! Imagine what this list will look like in twenty years!
Reply  |  Post Message  |  Messages List  |  Start a Board
InformationWeek Is Getting an Upgrade!