Shigeru Miyamoto is the greatest video designer ever and the odds-on favorite to take over Nintendo. But can he once again save the video game company? 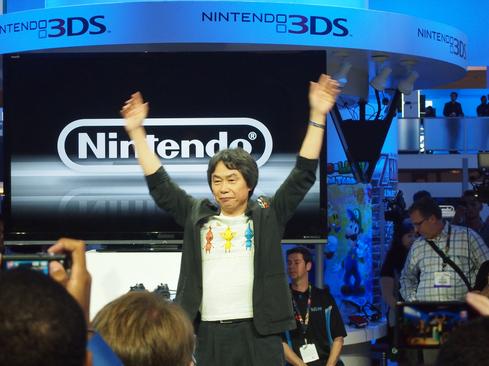 With the sudden death of Nintendo's president, Saturo Iwata, Nintendo needs a new leader, and most bets are on Shigeru Miyamoto, the game designer who in many ways is responsible for Nintendo's mere existence.

In the late 1970s and early 80s, Nintendo was trying to break into the North American video game market. It was struggling and on the brink of bankruptcy. Miyamoto was tasked with converting a bunch of unsold arcade consoles for a failed game called Radar Scope into a new title. Despite being an artist and not a programmer, Miyamoto eventually designed Donkey Kong. Donkey Kong would not only be a huge hit, but would spawn Nintendo's flagship character, Mario. By 2012, over 500 million copies of Mario games had been sold, and recent releases for the Wii U have pushed that number higher.

Many credit Miyamoto with doing a simple thing: starting with a story instead of a game. The love triangle between a monkey, a plumber, and a princess gave just enough humanity to a game about jumping over barrels to give it the life many early games lacked.

Miyamoto went on to create or produce most of Nintendo's biggest games. Given that Nintendo is at a new crossroads, it seems comforting to turn to the man that previously pulled them from the brink. Not only has Nintendo lost Iwata, but the company is struggling to adjust to mobile gaming. With the Nintendo DS, the most successful mobile gaming console in history, struggling to compete against phones and tablets, and the Wii U struggling to compete against more powerful consoles like the PS4 and Xbox One, Nintendo needs a fresh take.

Miyamoto, who has always put story and gameplay first, could be the one to do it. On the other hand, Nintendo is not struggling with gameplay. They are struggling with vision in platforms and in business decisions. Perhaps taking their best game designer away from the front lines is a bad idea. Only time will tell. But before Miyamoto likely takes the reigns. Here are some things you need to know about him.

@kstaron- I agree that that is a real worry. I think the counterargument is that with their consoles not doing well, Nintendo is fast becoming a software studio. If Miyamoto can instill his vision into all the different teams in the company, they could have a real revival. but you are right. Sometimes promoting a creative type to CEO gives you two problems. You lose their creativity and they're now in the wrong job.
Reply  |  Post Message  |  Messages List  |  Start a Board

@Stratustician- Yup, 200 games from all the Donkey Kong sequels, to the MArio Brothers games, to Mario Kart, to Zelda and even the Pokemon games, and Splatoon. From a quality and quantity point of view no one has been better. but i can't help but notice he relies on a rather narrow set of characters which has been Nintendo's problem for some time.
Reply  |  Post Message  |  Messages List  |  Start a Board
InformationWeek Is Getting an Upgrade!