John Denver music on a loop. Adam Sandler inserted in your favorite movies. Forget Sony: These attacks would really drive the nation insane. 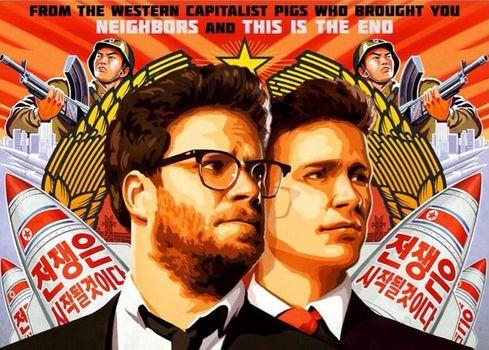 The era of cyber warfare is upon us. Our enemies, having tired of looting ATMs, stealing semiconductor manufacturing know-how, and trying to crash the nation's power grid, will now increasingly target America's most visible, valuable asset: Movie comedies with dubious plots and casting choices. (Adam Sandler, please stay safe.)

Much has been written about the recent Sony case, in which the giant movie studio was hacked-or-maybe-wasn't-hacked by North Korea. Nearly as much has been written about the subsequent hours-long Internet outage in North Korea. The outage may have been a retaliatory strike initiated by a group of brilliant, super-secretive cyber soldiers working out of the Pentagon -- President Obama is a huge Seth Rogen fan -- or the result of a junior member of the Korean People's Army Glorious Geek Squadron tripping again over that Ethernet cord connecting the router in Kim Jong Un's guest bedroom.

As usual with international espionage, decades may pass before we learn the true story of what happened at Sony. Happily for the 24-hour cable news channels, this won't prevent serious, smart people from speculating endlessly about what happened or opining about policy or technical incompetence on the part of the current administration in Washington.

Some have gone even further, taking the Sony incident to editorialize about the precarious state of modern, computer-mediated existence. Summarizing the situation without a trace of hyperbole a few days ago, Patrick Hubbard wrote this in InformationWeek:

"With the Sony hack, the grim reality, teased by hundreds of security failure anecdotes, is laid bare. No one is safe ... Moreover, with the right influence, entire industries or even nations will be vulnerable to unprecedented coercion."

No one is safe indeed.

About all we do know for sure is this: Sony likely won't make back the $44 million (not counting marketing expenses) it flushed away making The Interview. Yet despite its epic creative, IT security, and public relations failures, Sony will probably throw millions more dollars at Seth Rogen and James Franco to make new buddy movies. Again and again and again.

In the following slideshow, we turn our thoughts to possible cyberattacks, ones that would unprecedentedly coerce us. Spoiler alert: It's little things that will bring us, individually and as a nation, to our knees. "That can't be right! I added $15 to this Starbucks card yesterday! No, I don't have a wallet in my gym shorts. That's WHY I have this %$*&@&*% card!"

Yes, some may argue we're being irresponsible for imagining these nefarious attacks, saying they could give ideas to evil-doers. But ask yourself this: Wasn't Sony irresponsible for greenlighting Adam Sandler's Jack and Jill (2011), the first film ever to sweep all 10 categories of the Razzies? Just think about that for a minute.

What wacky possible cyberattacks keep you up at night? Let us know in the comments below.

Brois and Natasha, those tricksters. Yes, the boxtop scheme was a good one. I miss them.

That particular scenario reminds me of a sequence of Rocky and Bullwinkle episodes in which Boris and Natasha plot to destroy the US economy by flooding the market with counterfeit boxtops.  This is not the first time current events have made Jay Ward look like a genius.

Internet of Marionettes. Let's get ahead of this trend, people.
Reply  |  Post Message  |  Messages List  |  Start a Board

Thanks for the very kind words about this latest effort of mine. Just as delightful have been the number of additional ideas contributed by readers of this slideshow.

Oh, I'm hoping to do loads more of these amusing, slice-of-life columns and slideshows for IT Life (until the editors scream at me to stop), and I'm always looking for suggestions. So feel free to get in touch: [email protected]


I really enjoyed this list of  whacky hacks.  But what really made me cringe was the thought of "Answer Anyway" -  the thought of not being able to escape calls literally has me shaking worse than caffeine withdrawal.

Props for a well-done running gag - there's an art to using it just sparingly enough so it still makes me laugh on the third time (which it did) without overstaying it's welcome. I also have to give you credit for executing a smooth gradient from the plausible-but-hilarious (messing with our music libraries) to the completely insane but legitimately horrifying (Adam Sandler). The line between what's actually possible and what pundits on TV are making up is becoming blurred, and I appreciate your lampooning of it, Ellis.  That said. there's a well-known adage in comedy that something is 'funny because it's true', and there's certainly a kernel of legitimate insight in here as to how cyber attacks might affect us in the not-so-distant future.

Most everything comes in the form of DDoS attacks and credit card information theft these days. It's telling enough that that was enough to cause Sony to pull a multimillion dollar movie project (that is, it's telling that that business decision was made even though this is a not-so-outlandish IT problem faced by many other big companies this year), but how long will those really remain the only methods of attack for? What about more targetted attacks? Thoughts of messing with someone coffee purchase gets one thinking about messing with self-driving cars and causing accidents. There's a risk of being melodramatic, but this is very real problem for our future - not that that means we can't laugh at it.
Reply  |  Post Message  |  Messages List  |  Start a Board

I think the world will come to an end when the only movie available to watch online is jack and jill. What will the people of the world do ? start reading books, come on, that is very old fashion.  Couldn't hackers steal Jack and Jill or any other adam sandler movie.
Reply  |  Post Message  |  Messages List  |  Start a Board

The MarionettePorn.com domain name is available, which flapped mostly-unflappable me.  Someone ought to claim this name immediately and ride the "Things with Strings" trend we're all expecting in 2015.

All requests to reach pornography websites redirect the viewer to audio of John Denver's 1974 classic, "Sunshine On My Shoulders." While this will understandably frustrate billions of perverts,