9 Biographies Of Tech Icons You Should Know - InformationWeek

7 comments
Comment Now
Here are the stories of tech influencers, from Thomas Edison through Linus Torvalds, who shaped the present and future of technology. Some of these icons are less famous than others, but all have had a role in shaping and changing the way we live, work, and communicate. 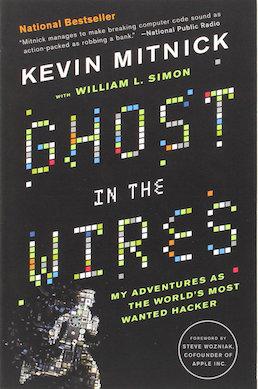 Ghost In The Wires: My Adventures As The World's Most Wanted Hacker

Kevin Mitnick tells about his adventures as one of tech's most elusive hackers. He broke into the systems of corporate giants including Sun Microsystems and Motorola, driven by the lure of doing what was seemingly impossible and tricking businesses out of precious data.

He kept the authorities in a cat-and-mouse game for years, always staying a few steps ahead of the game. As the FBI began to catch up, however, he fled through cities and changed identities to keep them at bay.

Mitnick's elusive strategies gave the Feds a series of new challenges and forced them to evaluate how to pursue cyber-criminals. His story led to changes in how we protect information today.

What an impressive reading list. I will put some of these in my To-Read list for 2016. What could have added to more utility is the number of pages for each title. That could have made the selection process easier for lazy readers like me.
Reply  |  Post Message  |  Messages List  |  Start a Board

If Kevin Mitnick makes this list, then maybe Walter Isaacson's excellent biography of Steve Jobs could be on it too. I didn't admire everything about him, but he was a creative and commanding figure of our times.
Reply  |  Post Message  |  Messages List  |  Start a Board

The author mentions this on the first page:
For tech-minded readers hunting for a good biography, most recommendation lists focus on the usual suspects: Steve Jobs, Bill Gates, Jeff Bezos, Larry Ellison.
While the stories behind these icons are fascinating, they provide a narrow scope of the ways today's technology came to be. Modern tech is the product of countless minds and tireless innovation, much of which started before the aforementioned leaders were born.
Reply  |  Post Message  |  Messages List  |  Start a Board

While the title of the book is misleading, Philo T. Farnsworth did contribute to the development of modern television by assisting the creation of electronic scanning technology.  Television as a working concept and commercial device was first invented and demonstrated by Scottish inventor John Logie Baird about 20+ years prior to Farnsworth's contribution.  The Baird television employed mechanican scanning and broadcast was is credited as the first successful television picture in the mid 1920s. OK, so it was a little grainy and of low resolution.   He also transmitted the first transatlantic television imaged in the late 1920s.  Farnswoth helped to pioneer electronic scanning used in TVs from around 1940s which gives a much sharper resolution and can transmit moving images witout blurring.
Reply  |  Post Message  |  Messages List  |  Start a Board

Rhese are really great biographies which I will add to my reading list.  They show how these great minds produce many of the technologies we use on our daily life.  We often forget that the ultimate result came after many years of trial and error.
Reply  |  Post Message  |  Messages List  |  Start a Board

You have the audacity to not have Thomas Watson or TW JR in this list.  If thay had not invented the 360 you guys woud all be working the steel mills. The biggest Tech company in the world with the most desighn guys etc
Reply  |  Post Message  |  Messages List  |  Start a Board

Added two of the books to my own reading list and thinking of adding a few more for gifts for that hard to buy for IT guy in my life. Great list. I know there are hundreds of great biographies in leaders of science, technology and innovation and not all of them could make the list, but this is a good start for anyone wanting to expand their reading lists.
Reply  |  Post Message  |  Messages List  |  Start a Board
Editors' Choice
Hot Topics