A Dirty Job to Call Your Own 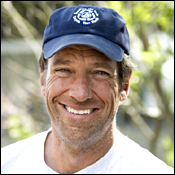 Turns out you don't have to get your mud on your shoes to have a dirty job. Just sitting near a laser printer may qualify you.

Researchers in Australia tested emissions from 62 laser printers and found that 27% of them emitted high levels of particulate pollution, reports NewScientistTech.com.


"The worst-emitting printer created particulate pollution roughly equivalent to that produced by an average cigarette smokerï¿¼ it seems likely that the particles come from toner - the black dust-like material that laser printers use to produce images on the paper."

If that doesn't convince you to move your desk, see the American Lung Association's cheerful description of the health effects of particulate matter.